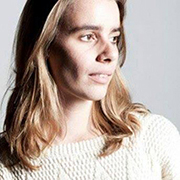 After few travels by myself, for most of them in Eastern Europe, architecture studies at ENSAN and photography studies at ENS Louis Lumière,

I leave Paris, in March 2014, to cross the eurasian continent from west to east by hitchhiking. Of this adventure will emerge many projects such

as «Baths» or «Petroleum Spa», a photodocumentary realised in Azerbaijan with very special therapeutics centers. In eight months, country after

country, from France to China, I photograph a lot of differents populations. On my return, I work with various organizations and my work is

In 2016, I head north to Russia in the middle of the winter to experience extreme temperatures (-3O°C) during three months. To my surprise,

I came back alive with many new projects and one certainty! I discovered that color and people were two important caracteristics of my work.

I then decided to document extreme work in Egypt, Indonesia and India which I did during one year and a half. Now, a new chapter is open

with a lot of question marks and possibilities.

I'm currently represented by the agency « Hans Lucas » and the gallery "Hegoa" in Paris.