2018. A miner emerges from a cloud of yellow smoke. On his shoulders, 80 kilos of sulfur are carried in two wicker baskets. There are more than 200 to climb the steep slope of the crater 5 to 6 times a week. They go back carrying, step by step, between 150 and 300 kilograms of sulfur a day and resell the fruit of their labor 6 cents per kilo. The company that buys them is a private company based in Surabaya. Once treated, sulfur is resold to make cosmetics, matches, fertilizers, insecticides and also to refine sugar.

The mine of Kawah Ijen is known for its dantesque working conditions and its amazing beauty. A turquoise blue acid lake adjoins the yellow gold mining site. The steep and chiseled slopes of the crater stand like ramparts around this exceptional place. Everything would be idyllic if a toxic gas was not part of the equation. Sulfur clouds in which miners evolve are extremely dangerous for health. Even with a mask, the particles seep into the sinuses, throat and lungs.

At night, a rare phenomenon greatly contributes to the notoriety of the Ijen volcano. Methane getting out of the ground burns in contact with oxygen and creates blue flames. More than 100,000 people a year climb its crater to observe this nature curiosity. At 1 am, the natural park opens and strange fireflies confront the dense darkness of the night equipped with headlights and torches. To reach the summit, they climb 3,6 kilometers while groping and slaloming in the darkness. Along the way, the miners have fully understood the interest of this new vein shouting head to head "Taxi taxi! ". They propose to convoy not athletic or lazy tourists to the summit in exchange for a nice sum. Equipped with trolleys, which they normally use to bring down the sulfur at the foot of the volcano, they comfortably install their customers and pull them to the top.

The juicy business does not stop there. All groups - or almost all - are accompanied by a guide who is, most often, a former minor. On the ridge, gas masks renters try to flog their crap for a few euros to unsuspecting tourists. The filters are not changed regularly, so they are therefore inefficient. Other miners make extras by selling souvenirs. They make them themselves by pouring liquid sulfur into molds. In a few seconds, the liquid solidifies and gains value. A turtle of a few grams will be sold between 5000 and 50 000 rupees according to the generosity of the buyer. Or the equivalent of 5 to 50 kilos of sulfur carried at the top of the crater.

The miners have also learned how to trade their image. They willingly accept to pose or make a selfie with a tourist. But, they do not forget to remind them of the rule: "Photo photo. Money money. " And, it’s understandable when you see them assaulted by a horde of Chinese tourists who do not let them take a step without sticking a camera under their noses. The contrast between those sulfur miners and those addicts to Instagram and other social networks is striking. 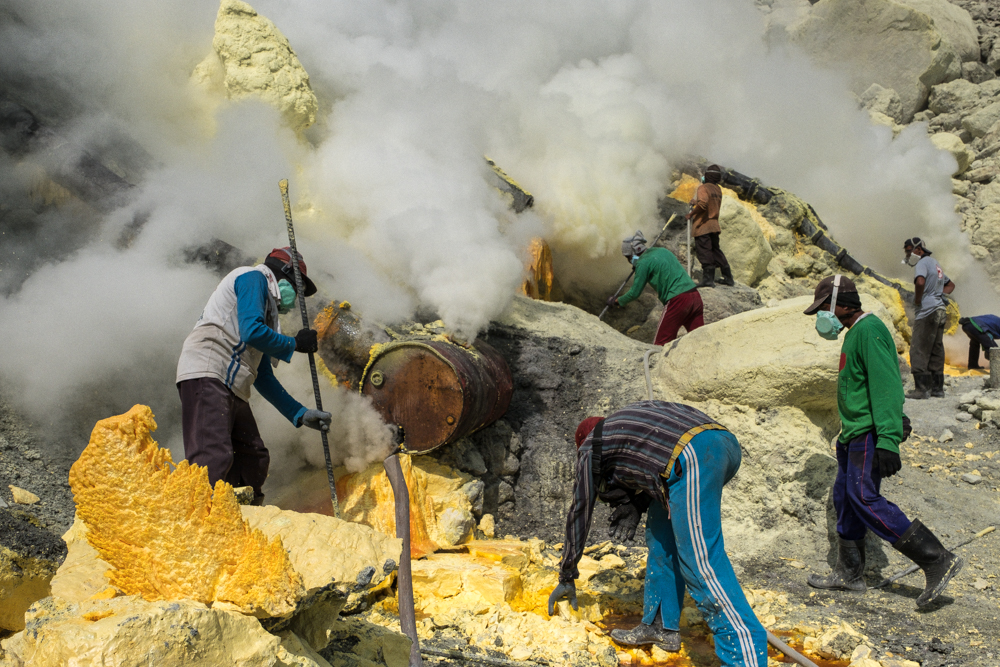 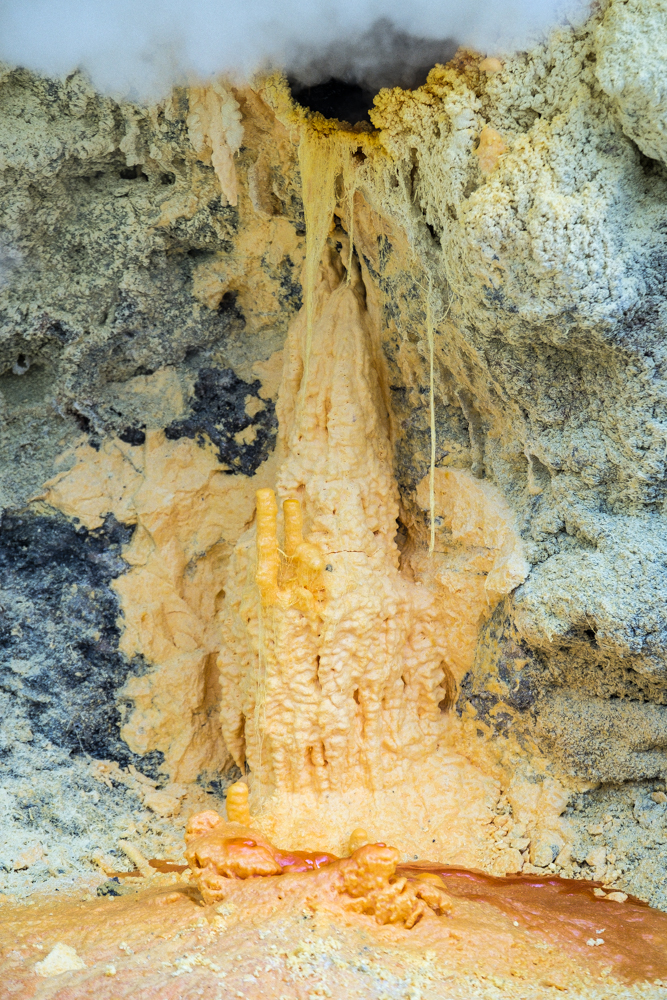 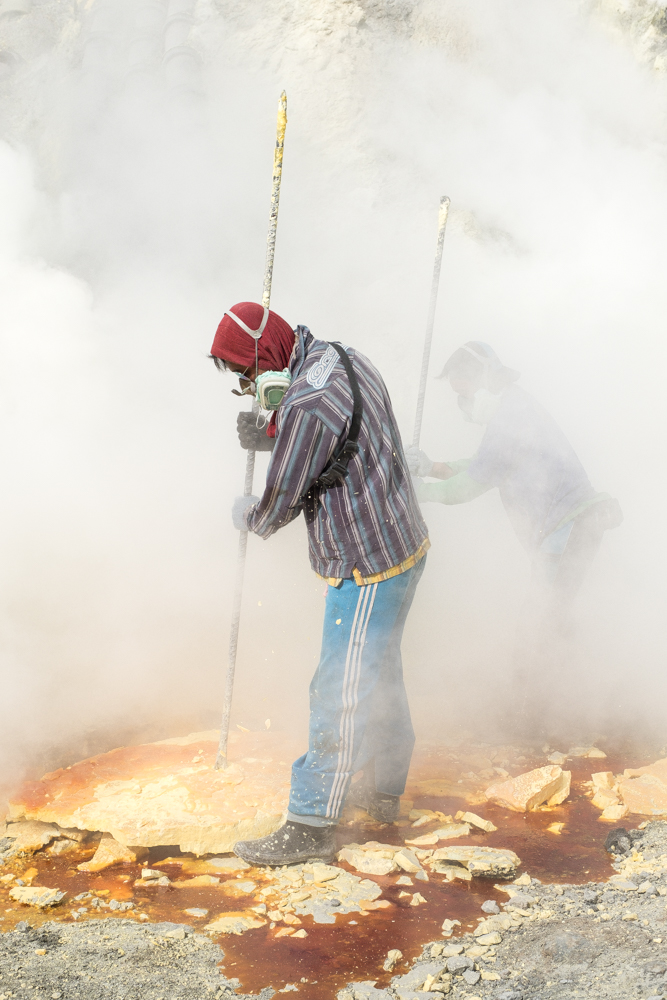 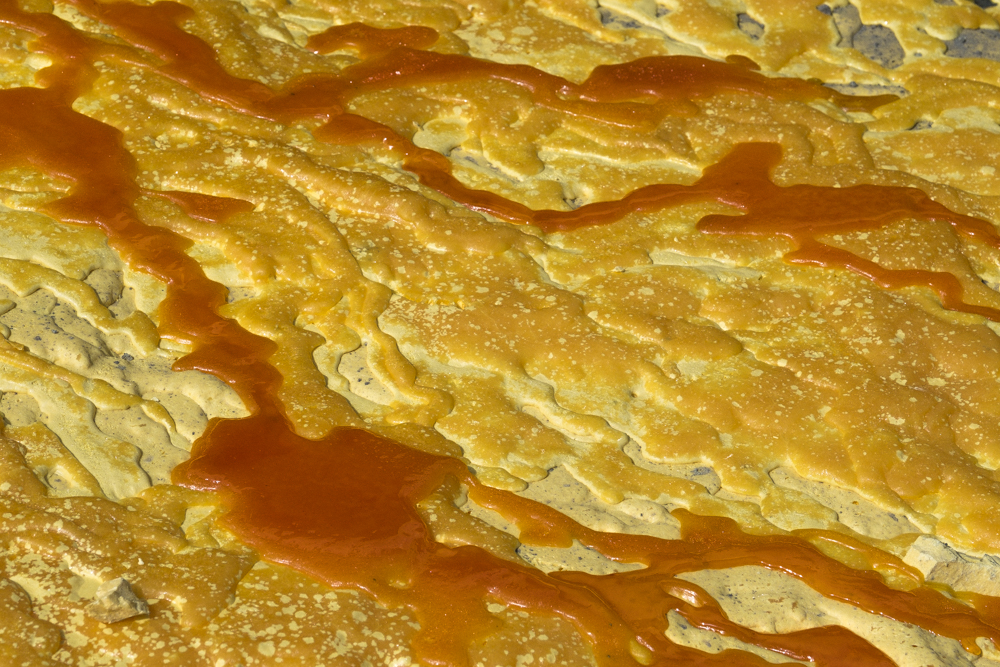 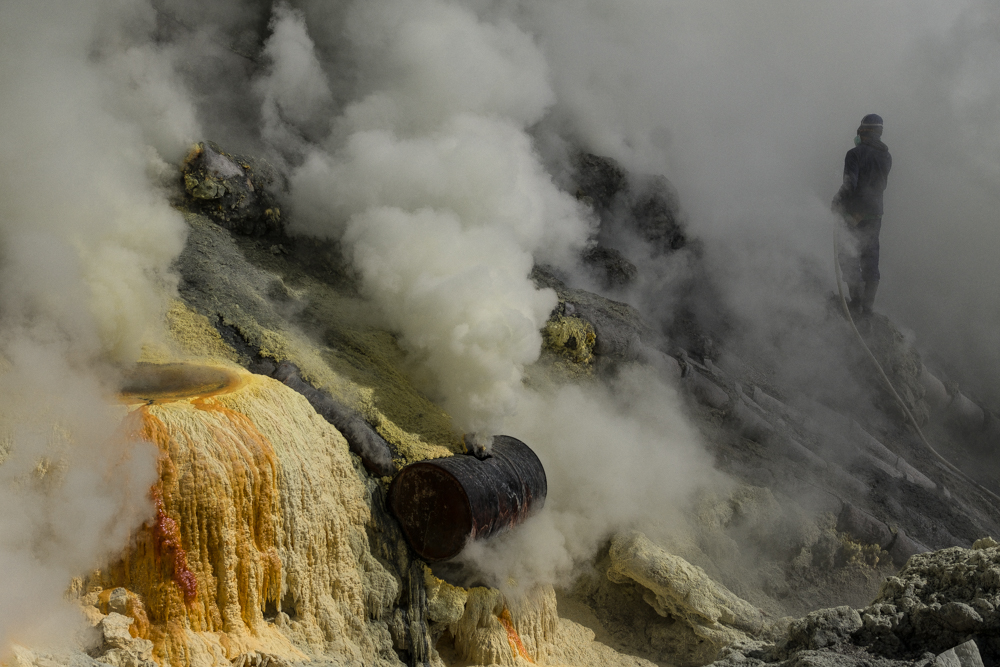 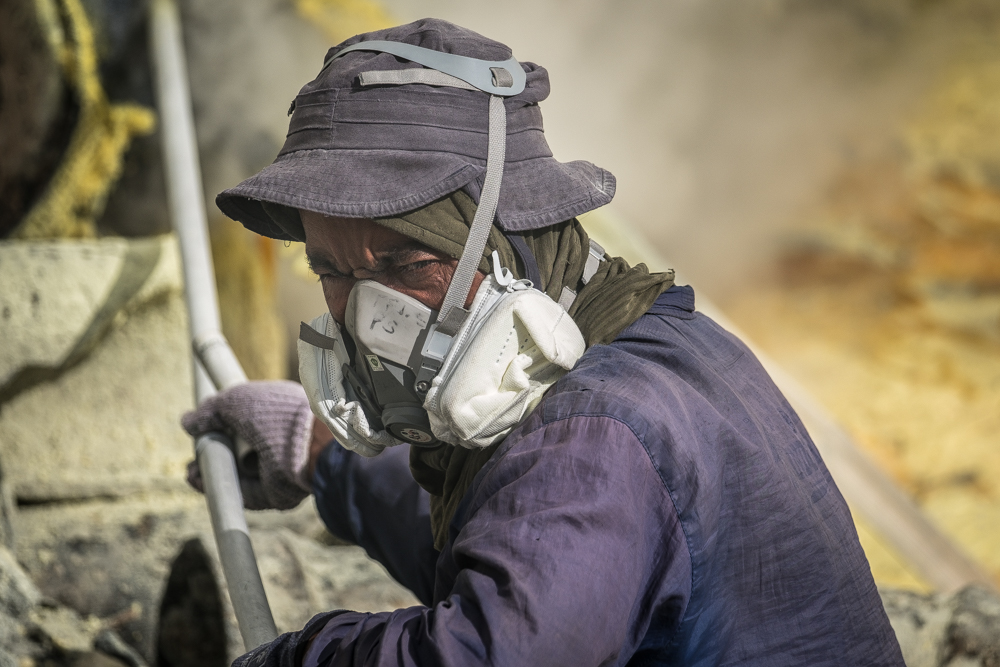 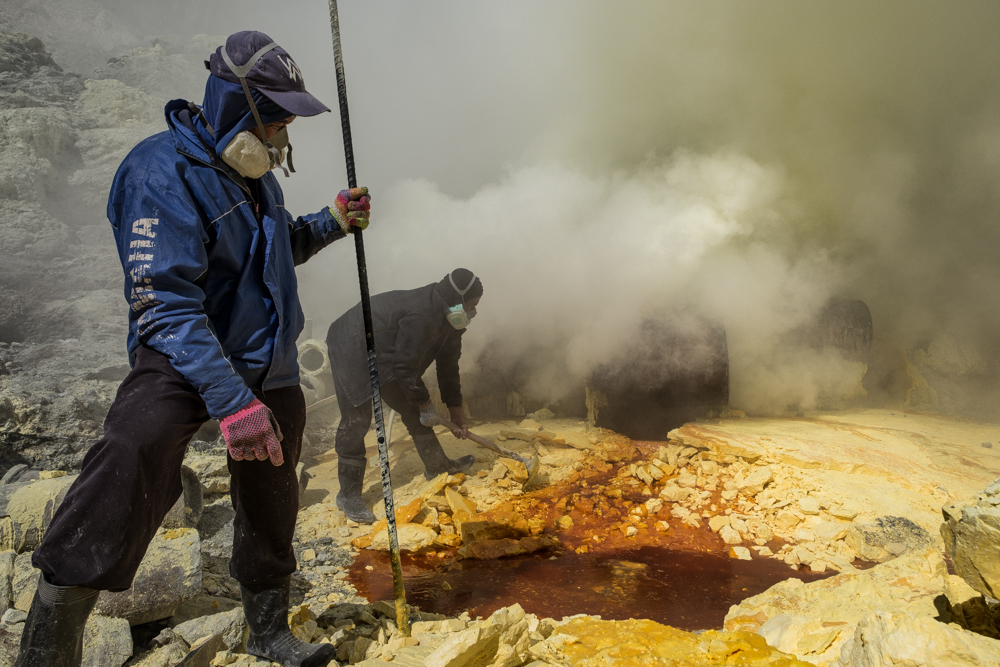 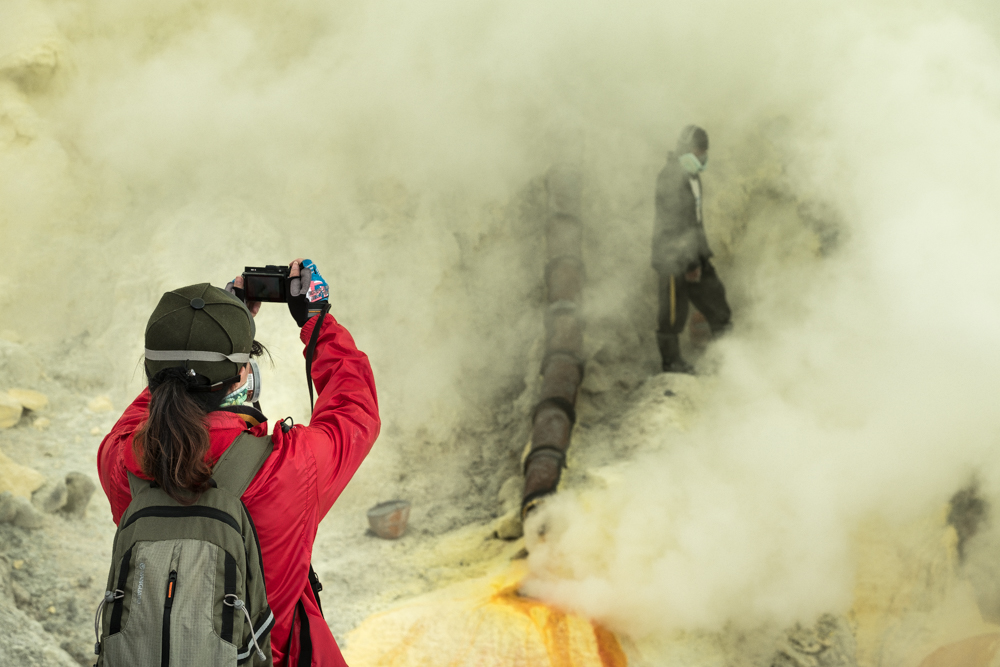 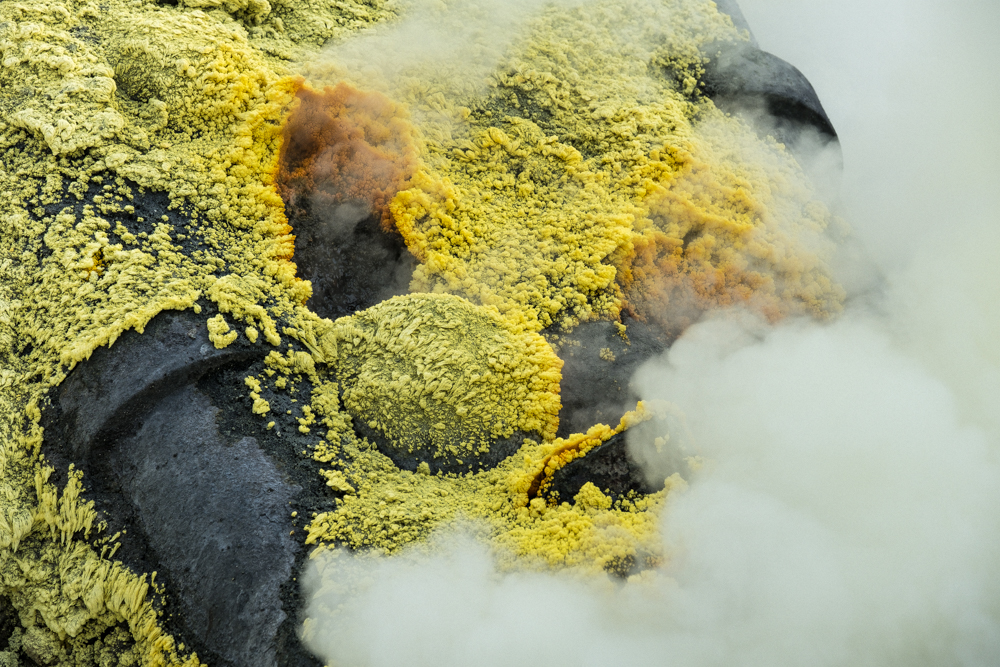 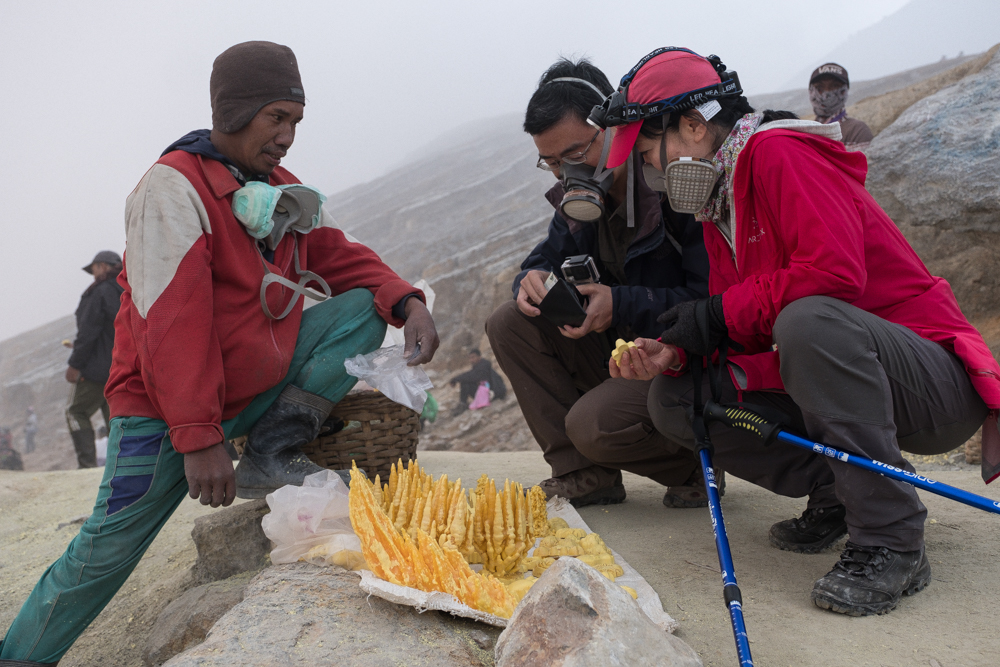 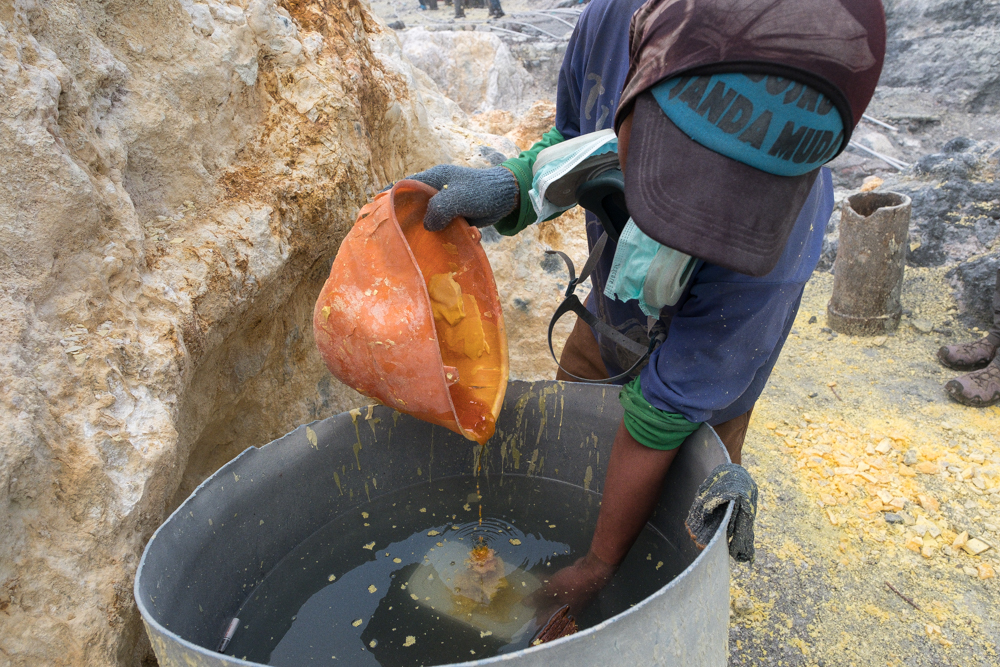 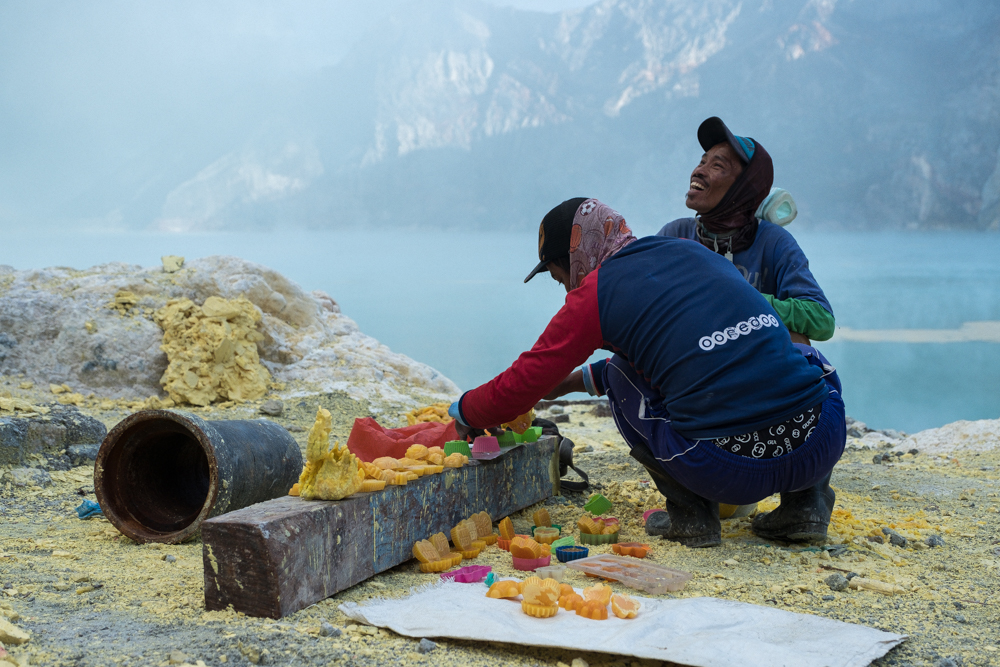 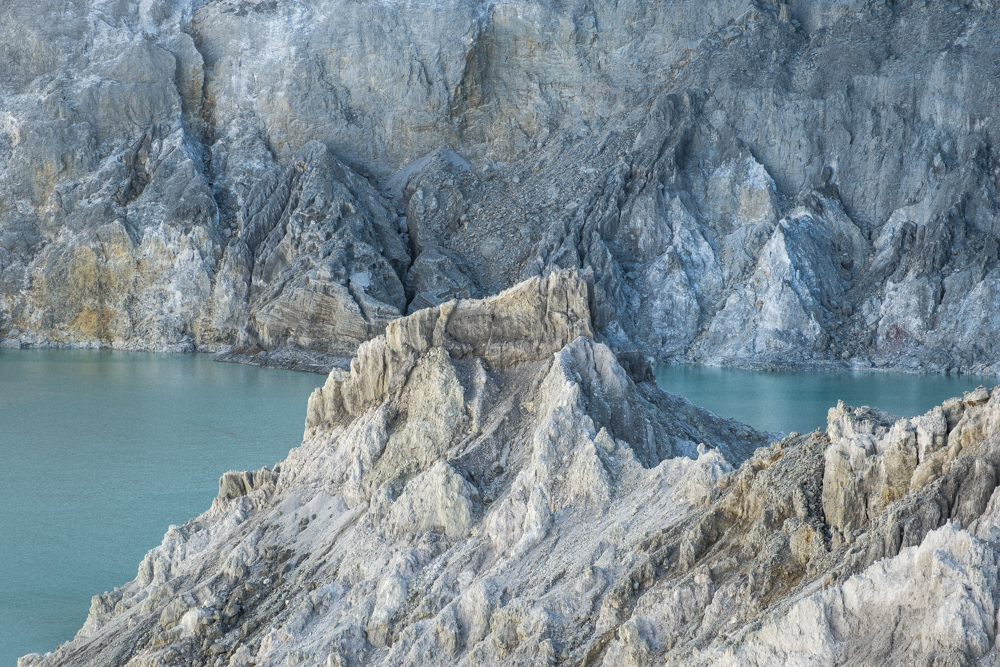 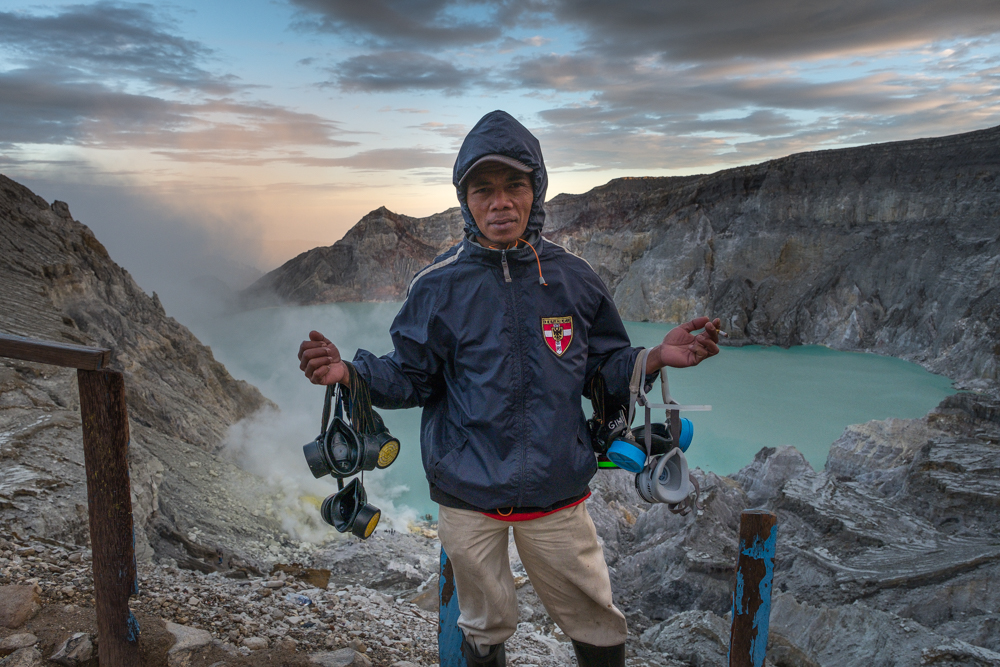 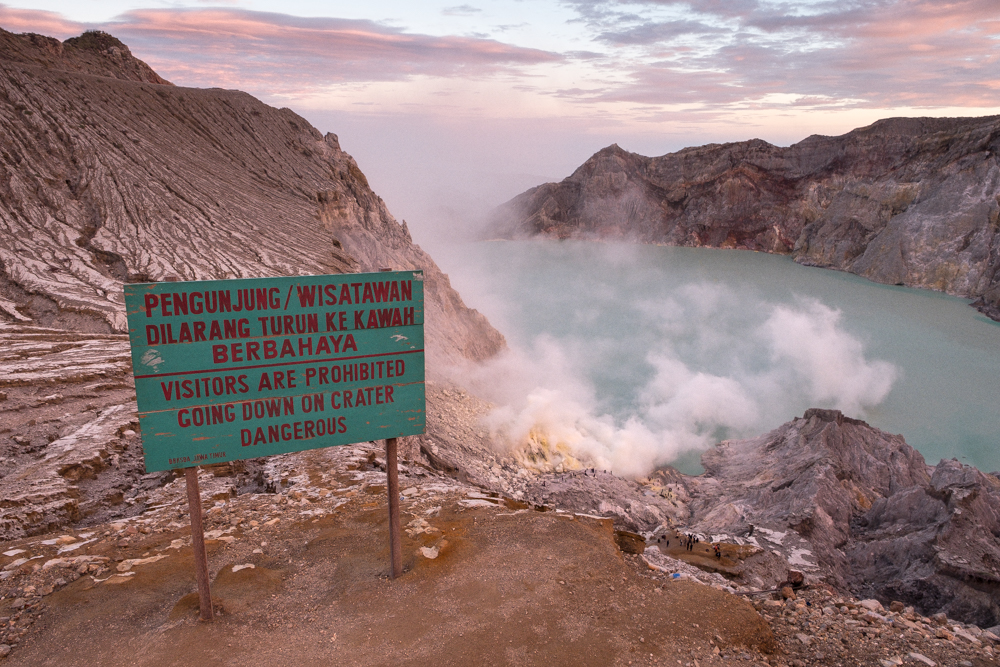 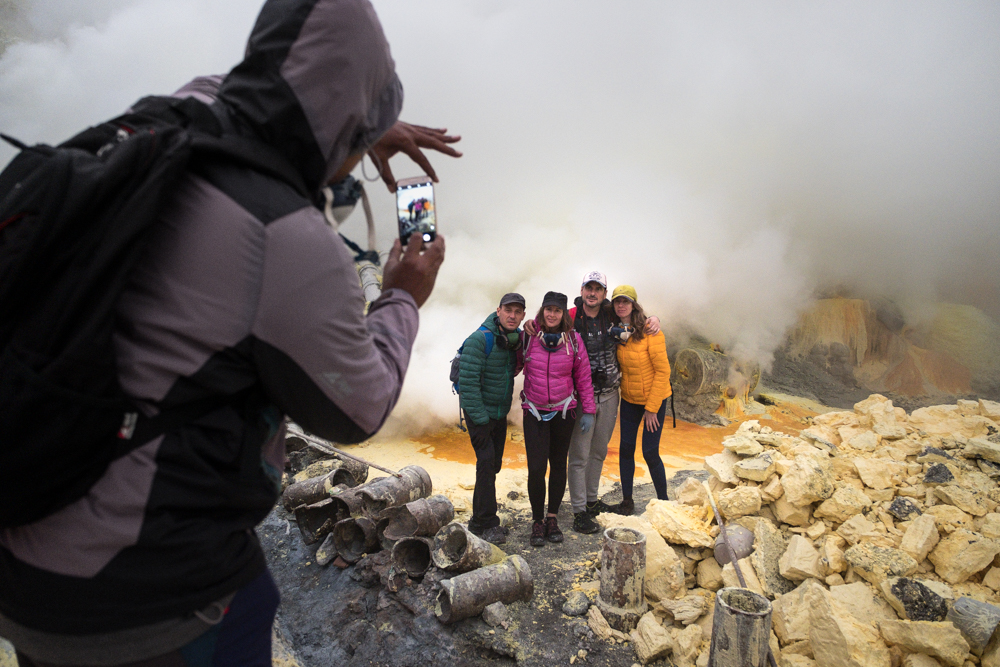 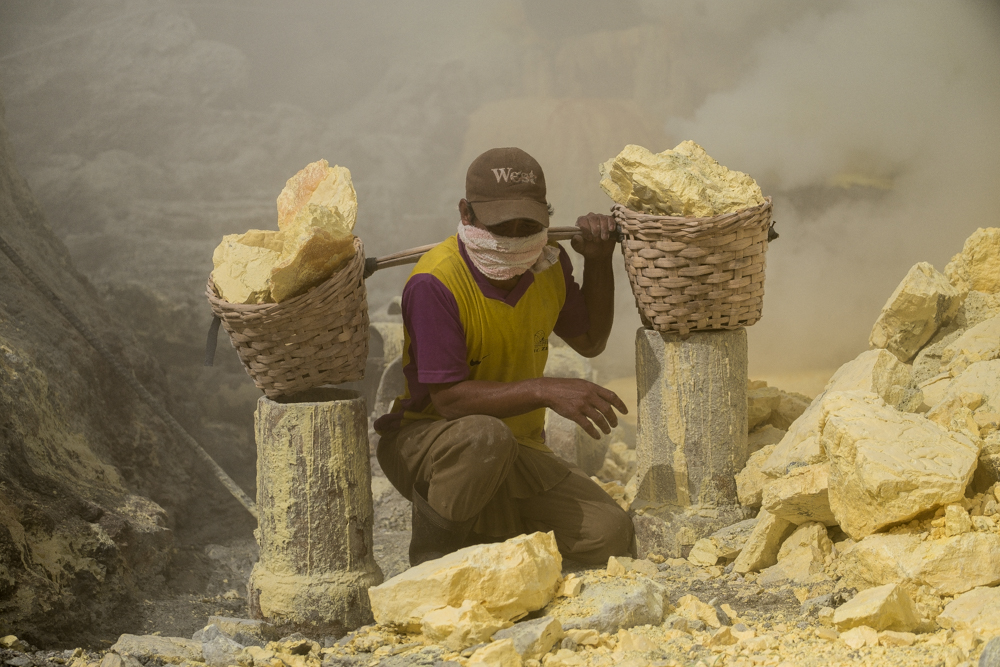 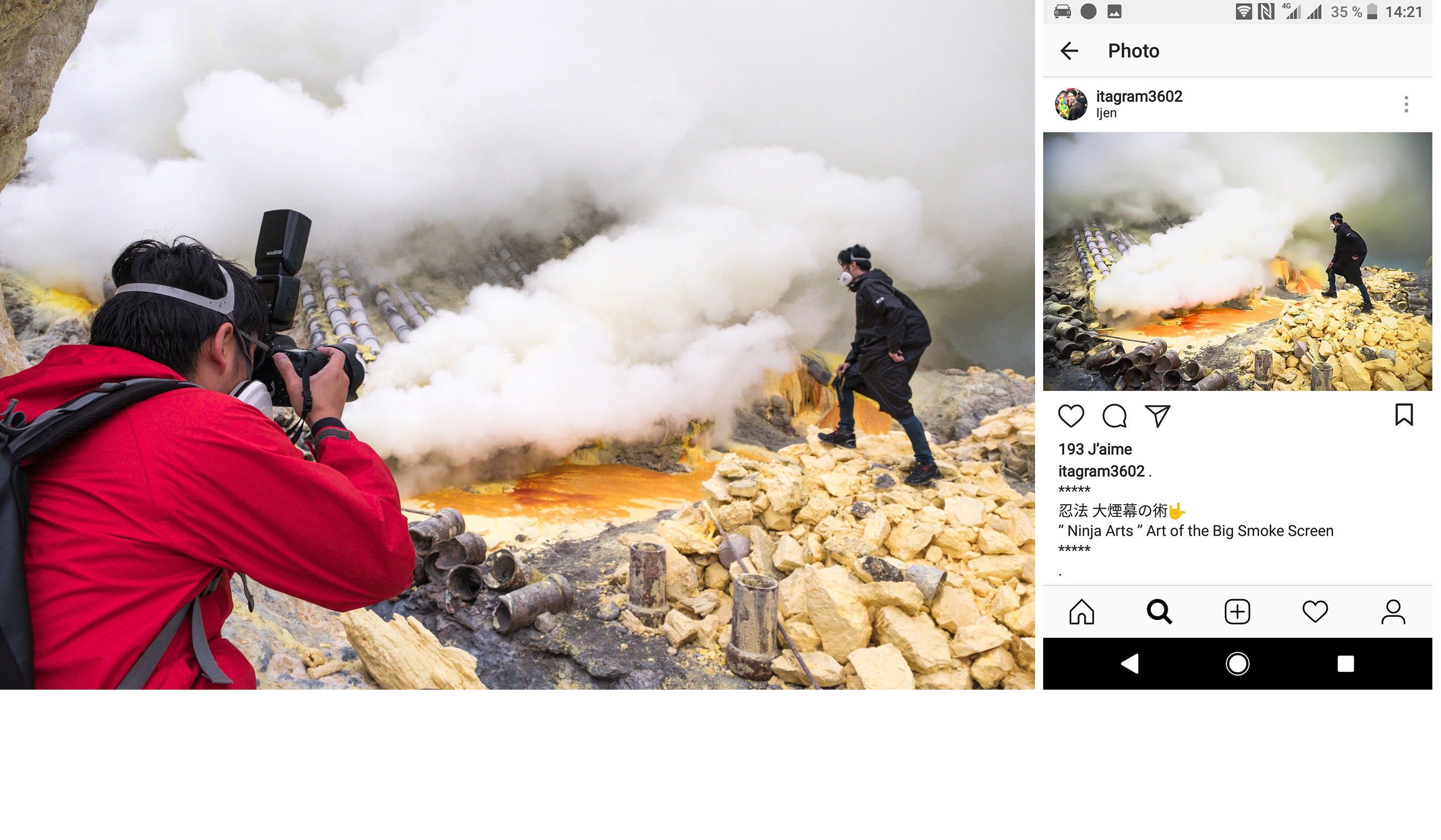 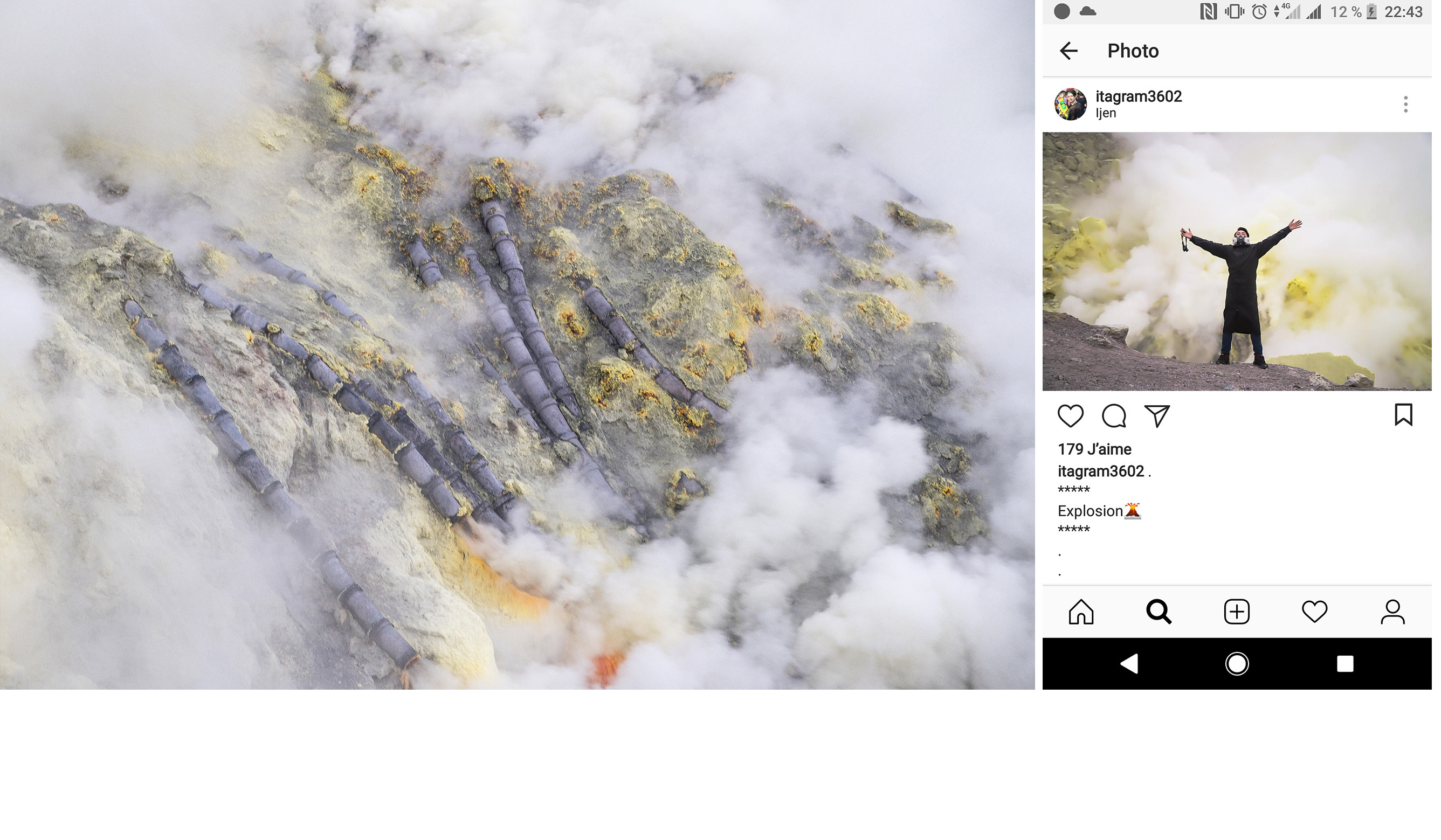 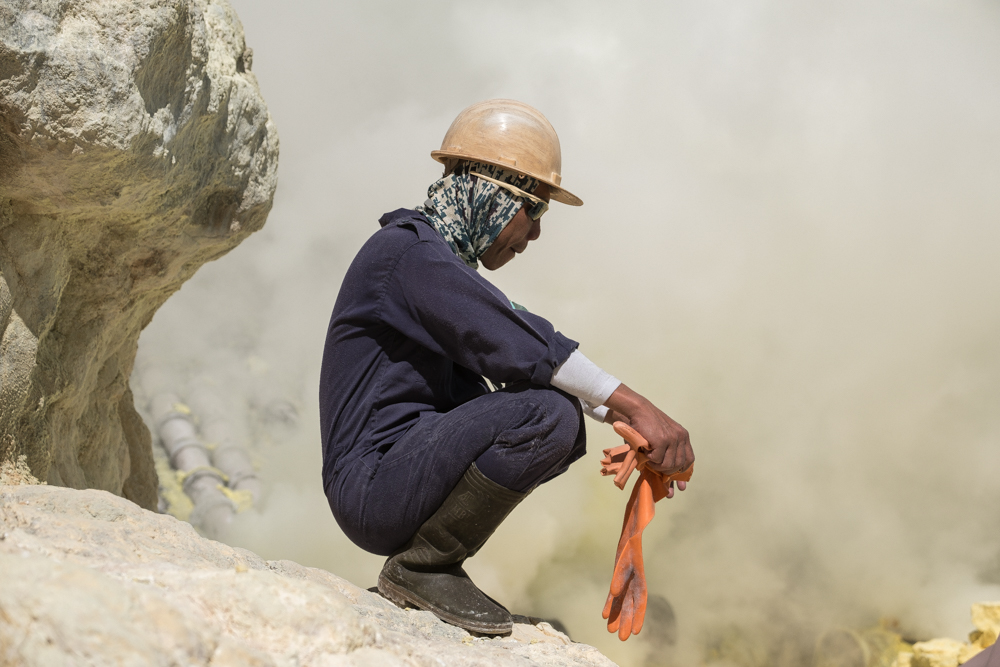 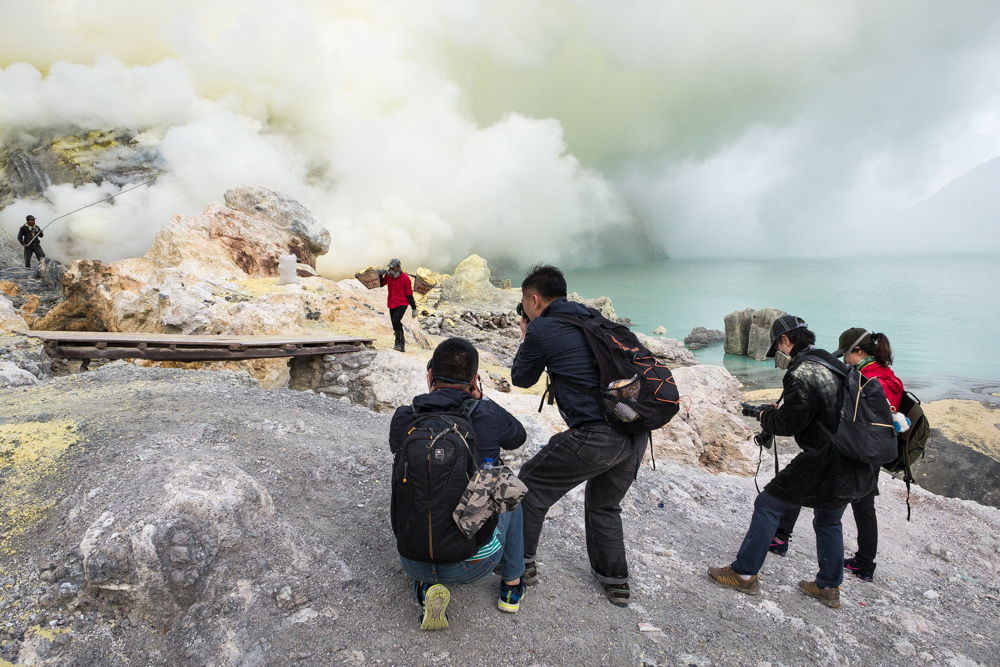 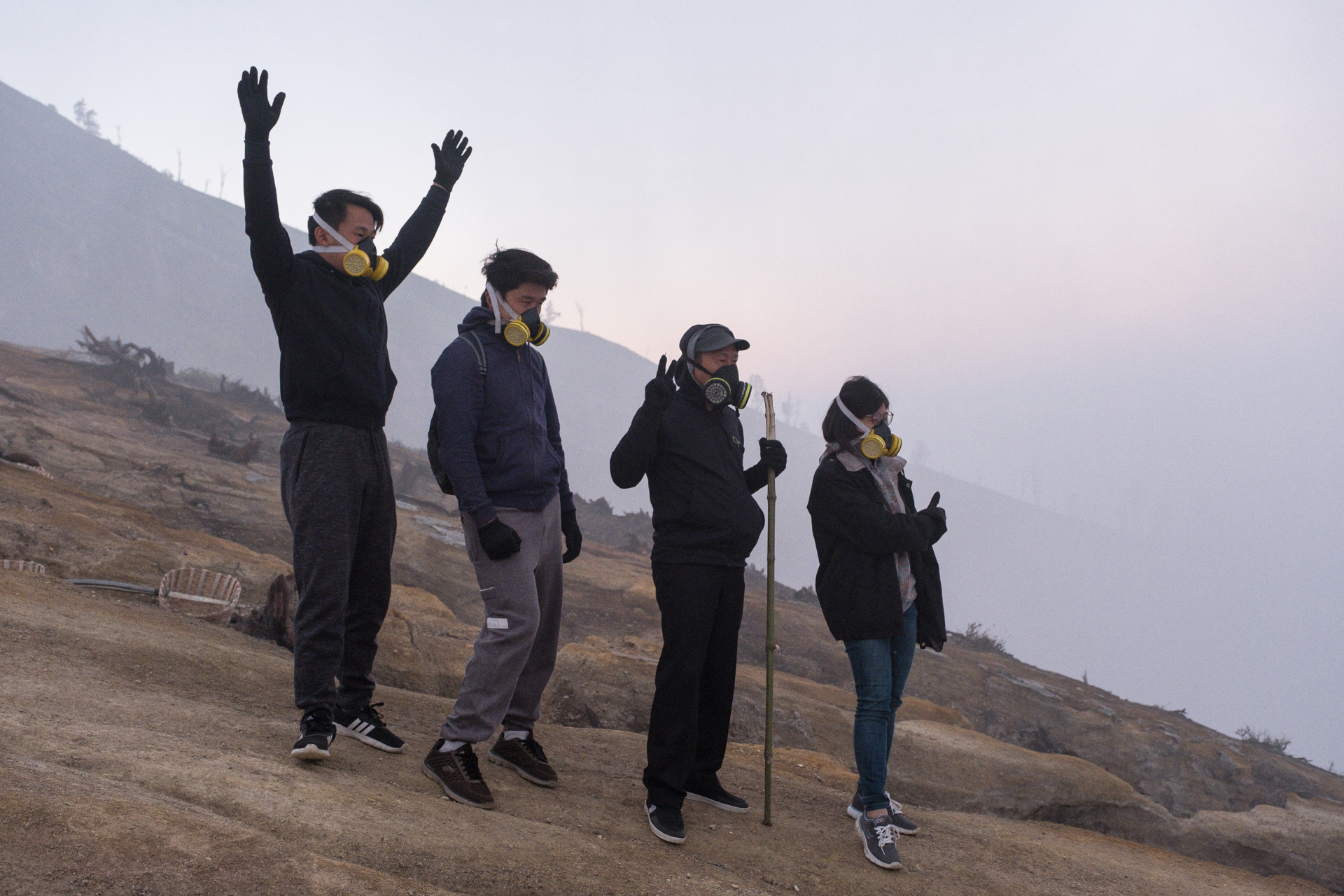 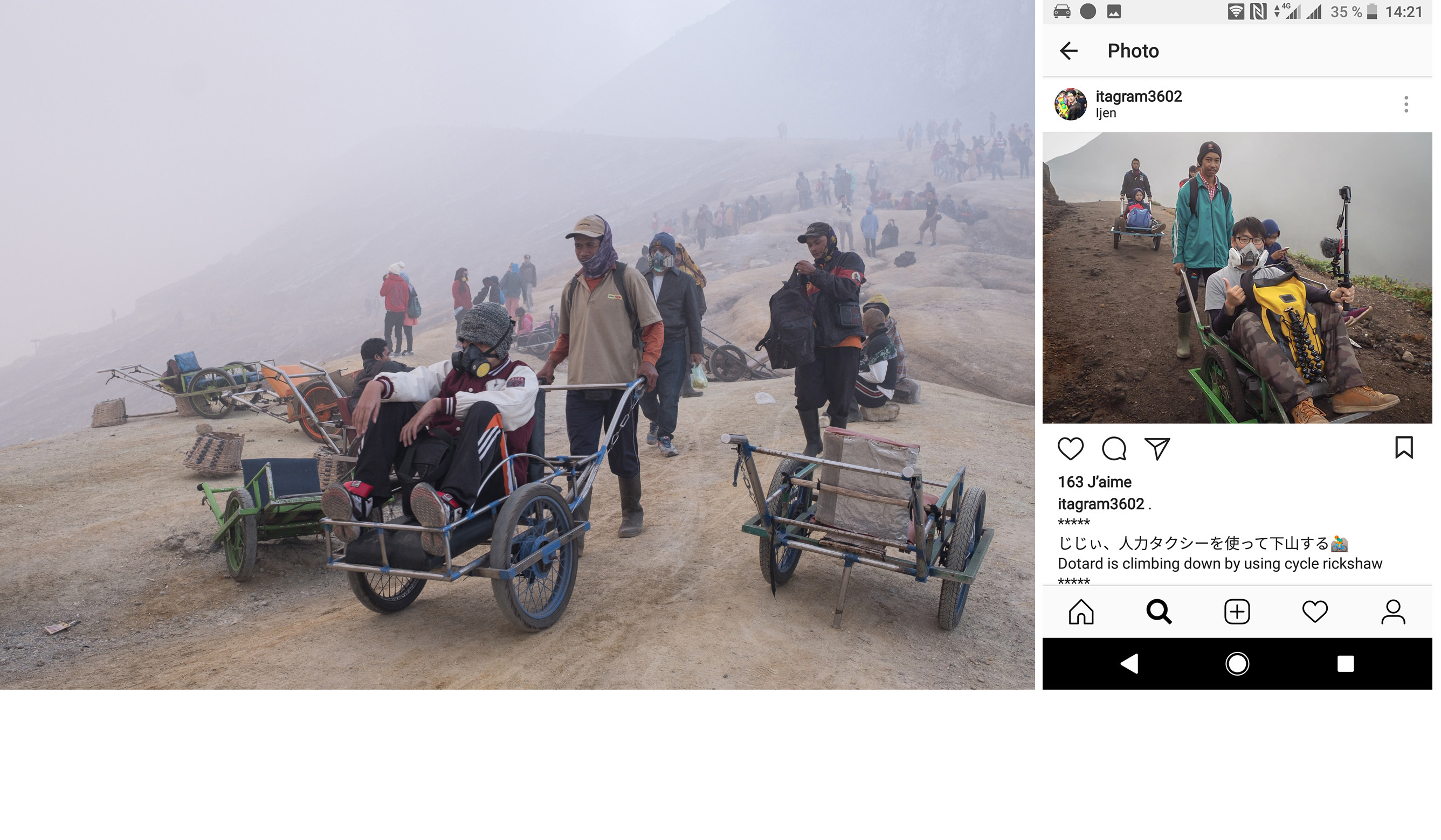 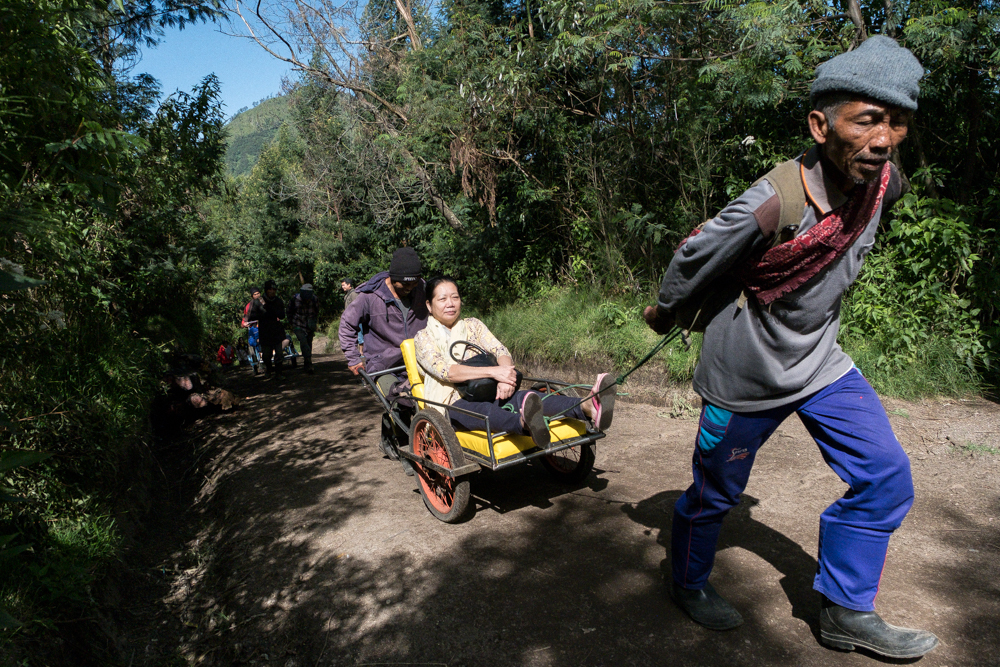 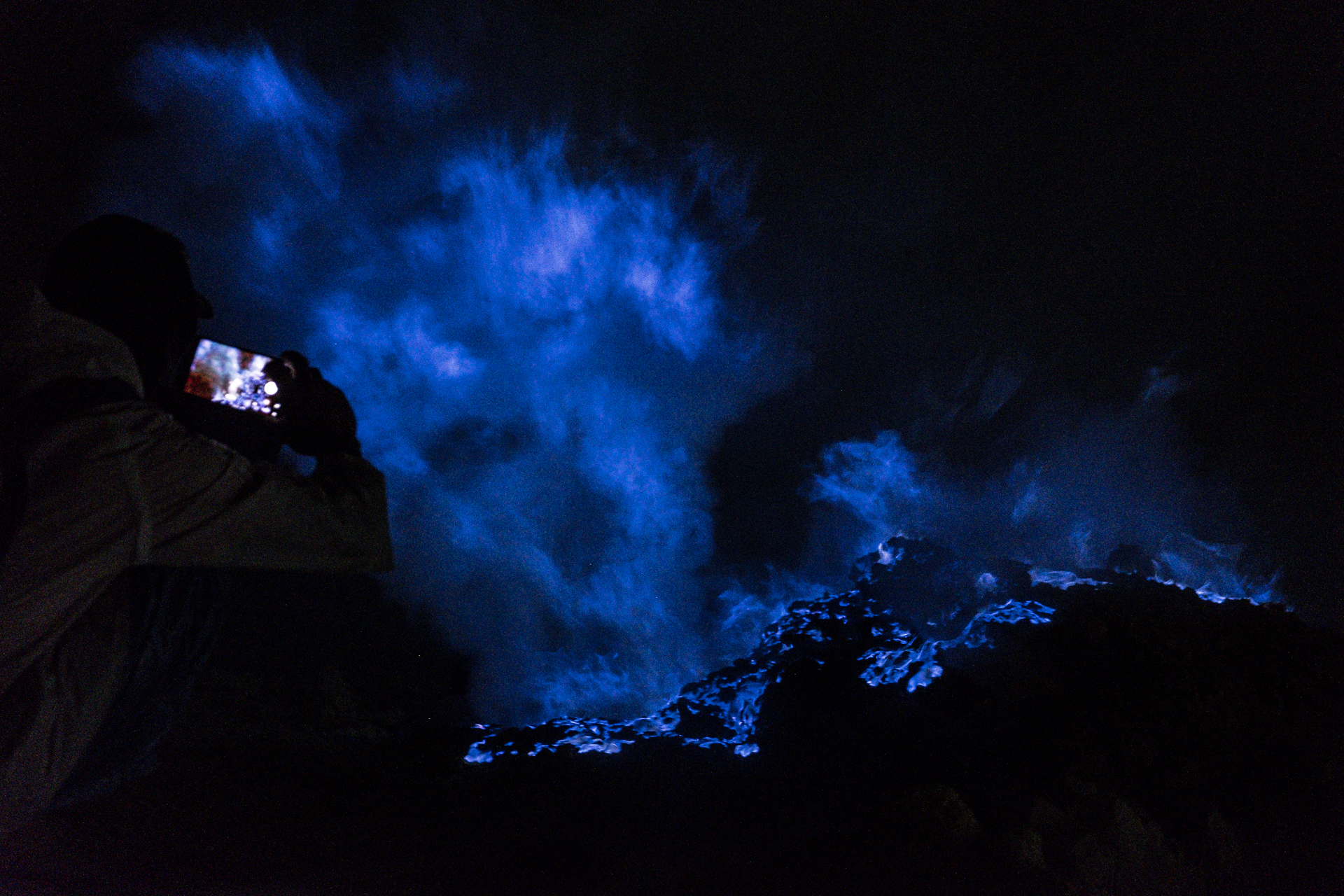 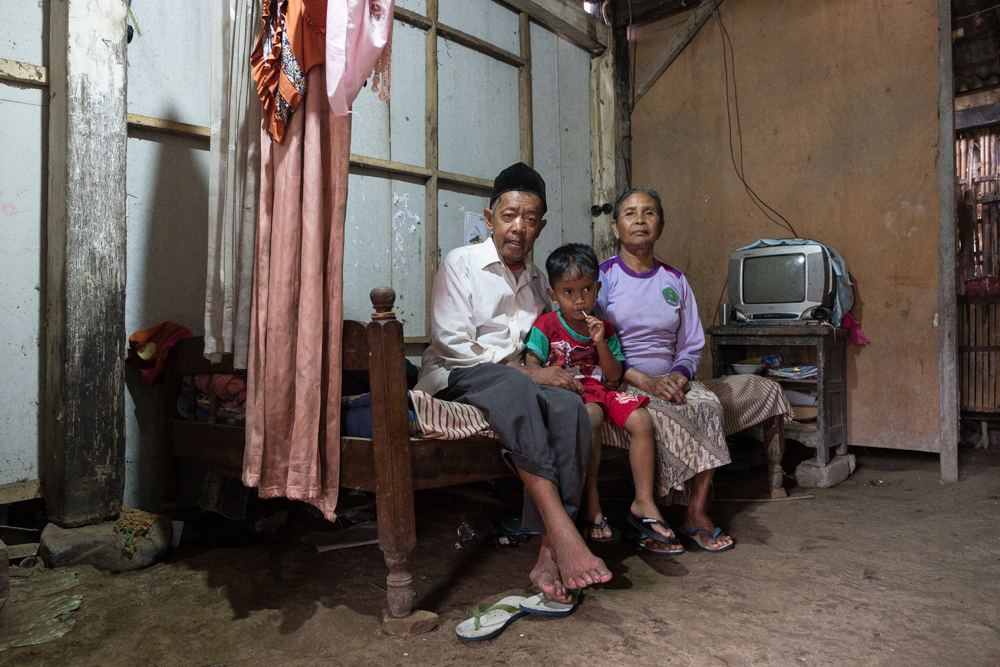 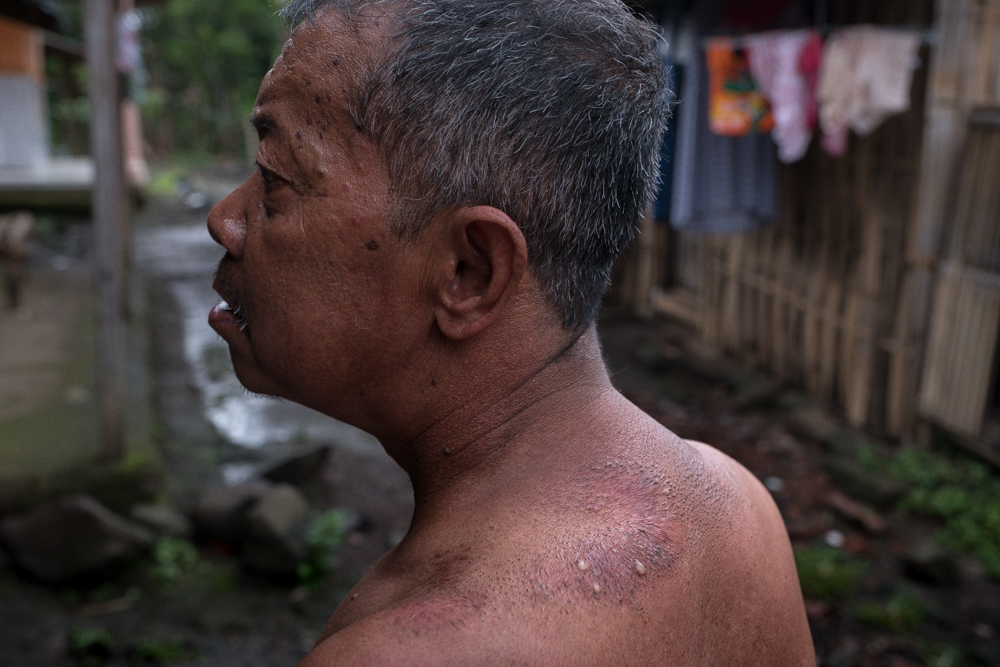