This Turkish traditional wrestling is practiced outdoors on an area of dry earth or grass. It existes since 1361 and was invented during the reign of Sultan Orhan Gazi. Before the fight, the Yağcı (oiler) helps wrestlers to cover themselves with olive oil so that their opponent is more difficult to find grip.

Wrestlers fight topless and they wear only a kıspet. These pants in buffalo skin or cowhide, tightly below the knee, weighs about 12 pounds. Previously, wear kıspet was considered as a very important event and was giving rise to a ceremony. Wrestlers had to get the rank of "Pehlivan" before being allowed to wear it.

During the competition, all fighters are aligned along one side and the "cazgır" (advertiser) introduced pehlivans announcing their names, titles and skills. Then, wrestlers go on the field, begin a series of warm-up exercise with harmonious movements called "peşrev". Musicians, along the pitch, accompanies them by playing "davul" (drum) and "zurna" (clarinet).

To win the battle, the wrestlers must reverse their opponent by passing their hand under the waistband of the other one and keep him upside down and legs in the air for a few seconds. This movement is called "Paça Kazik". 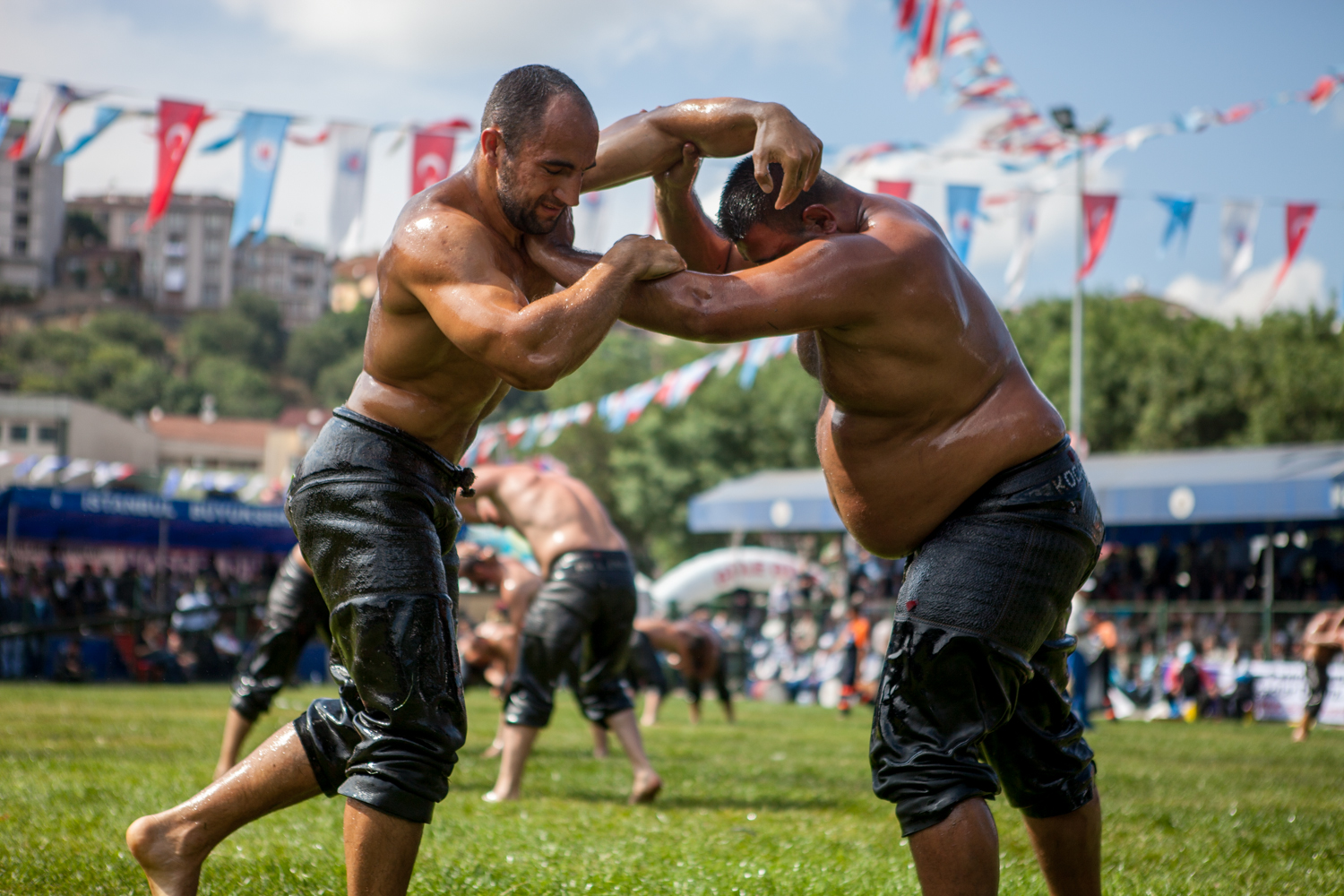 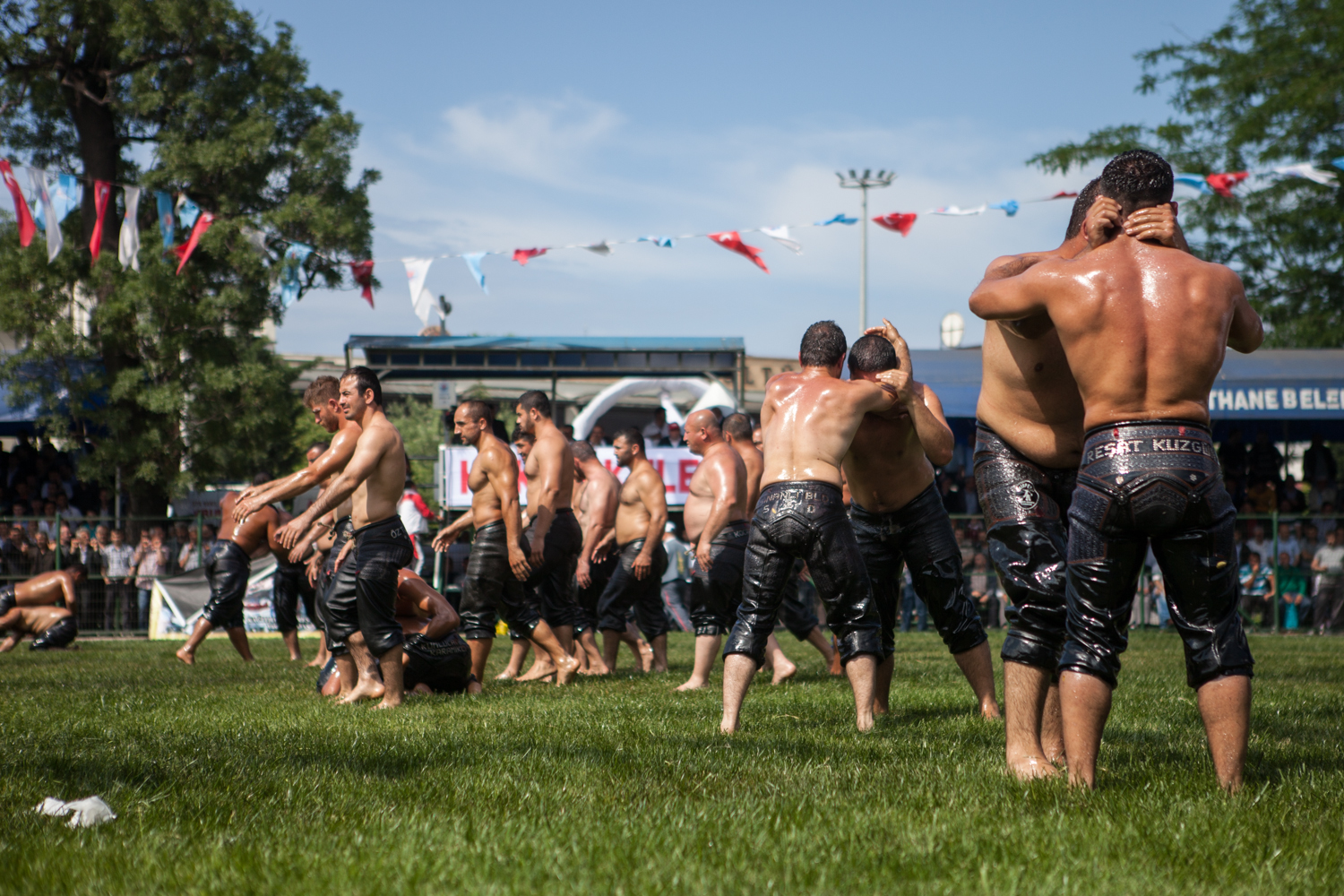 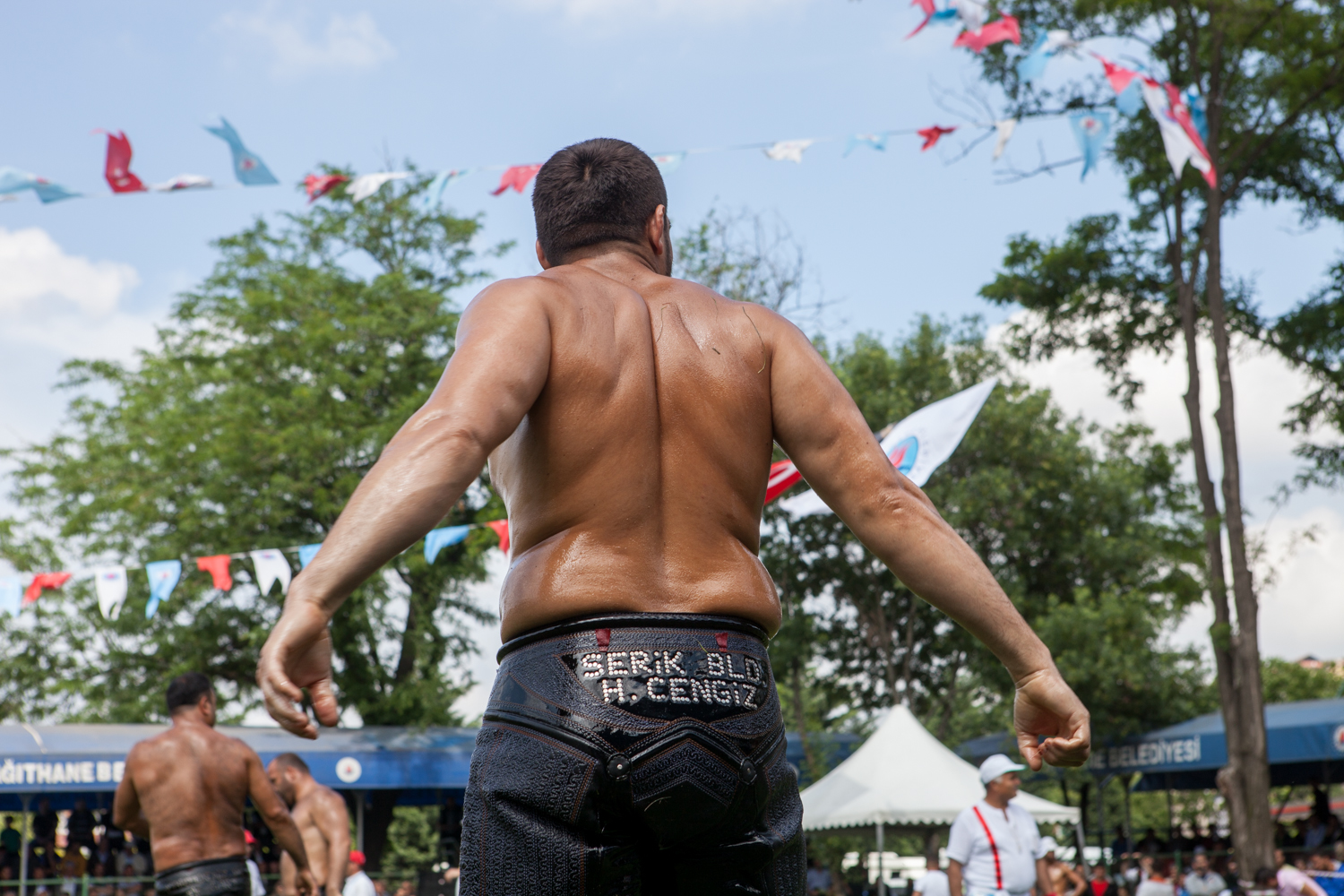 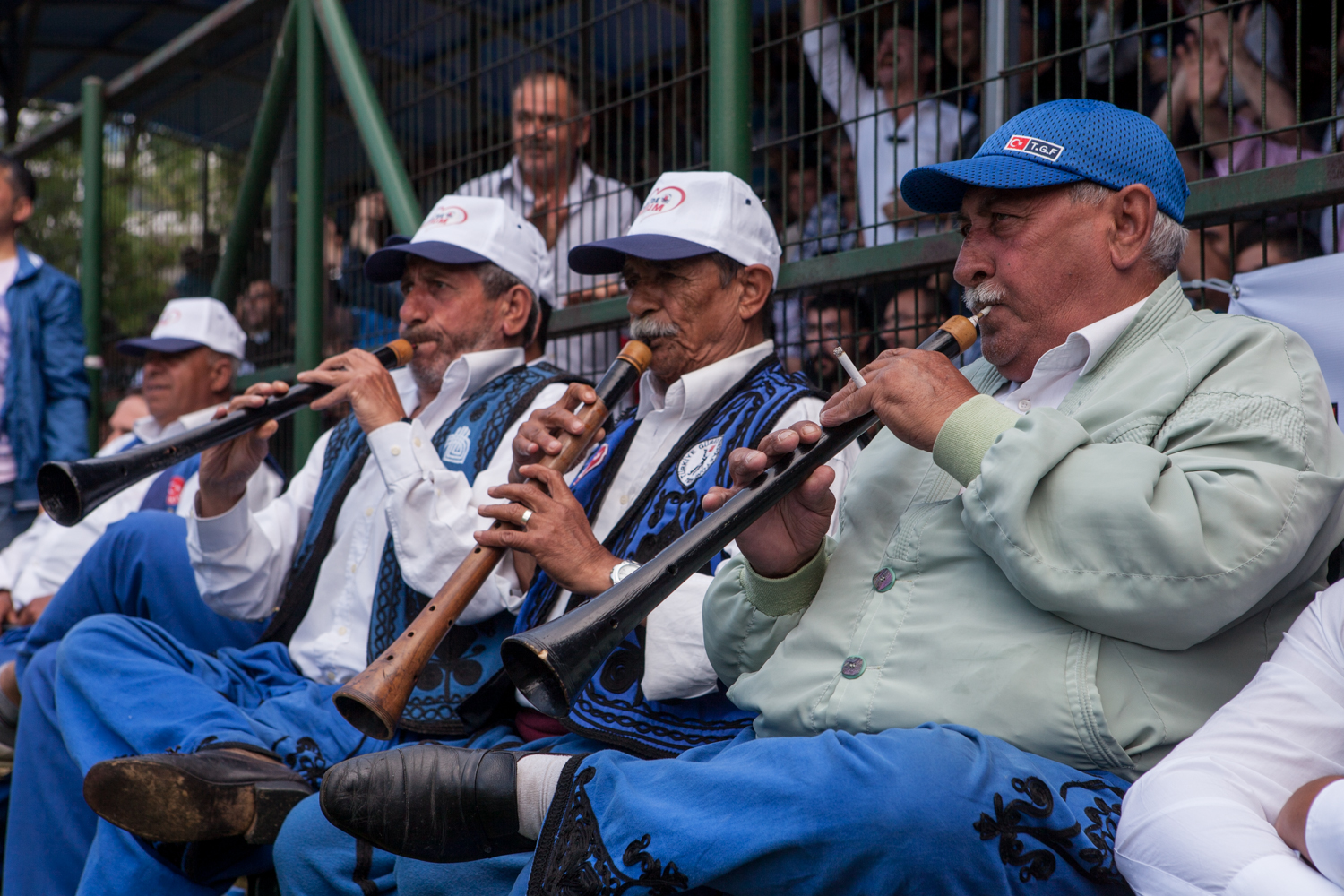 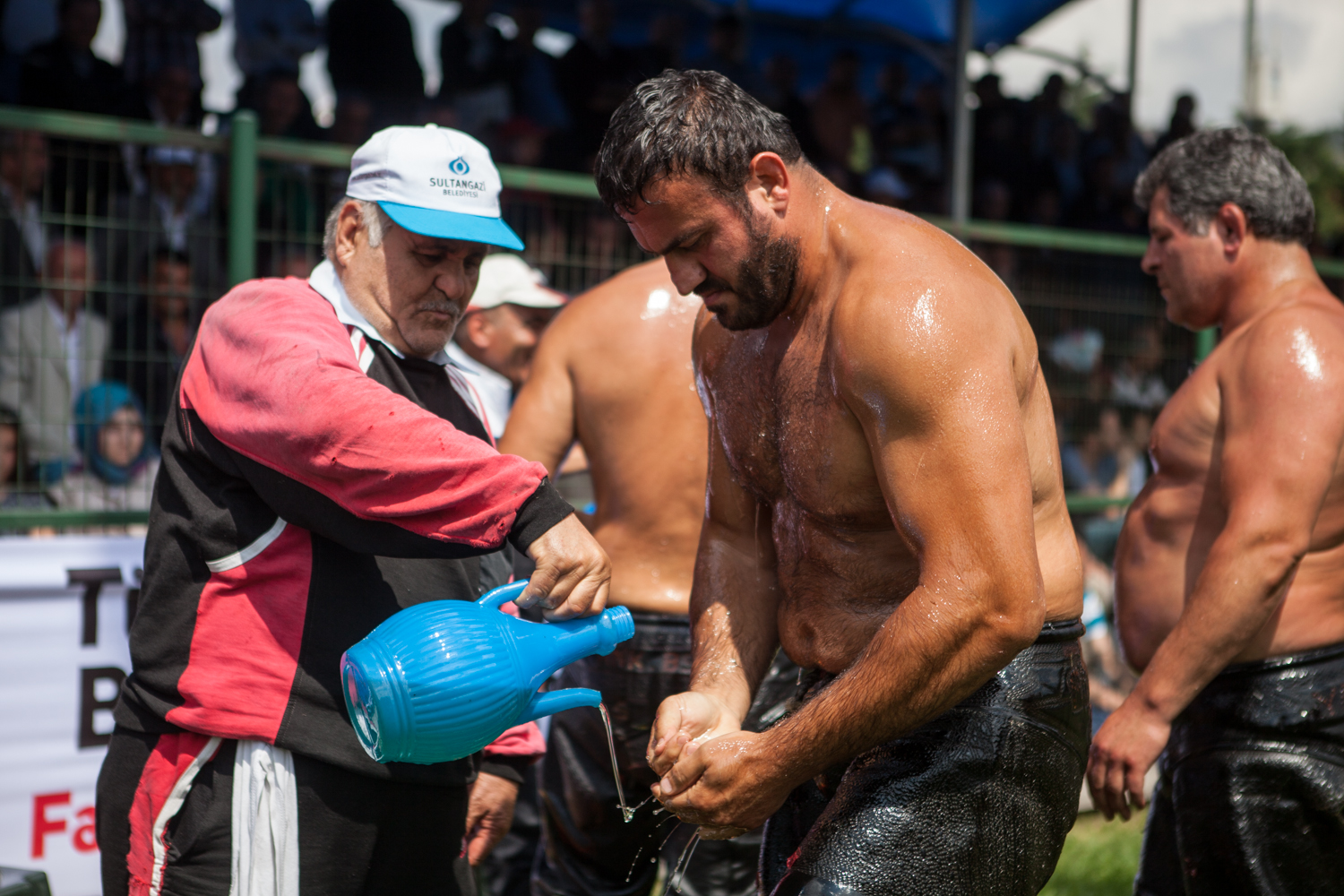 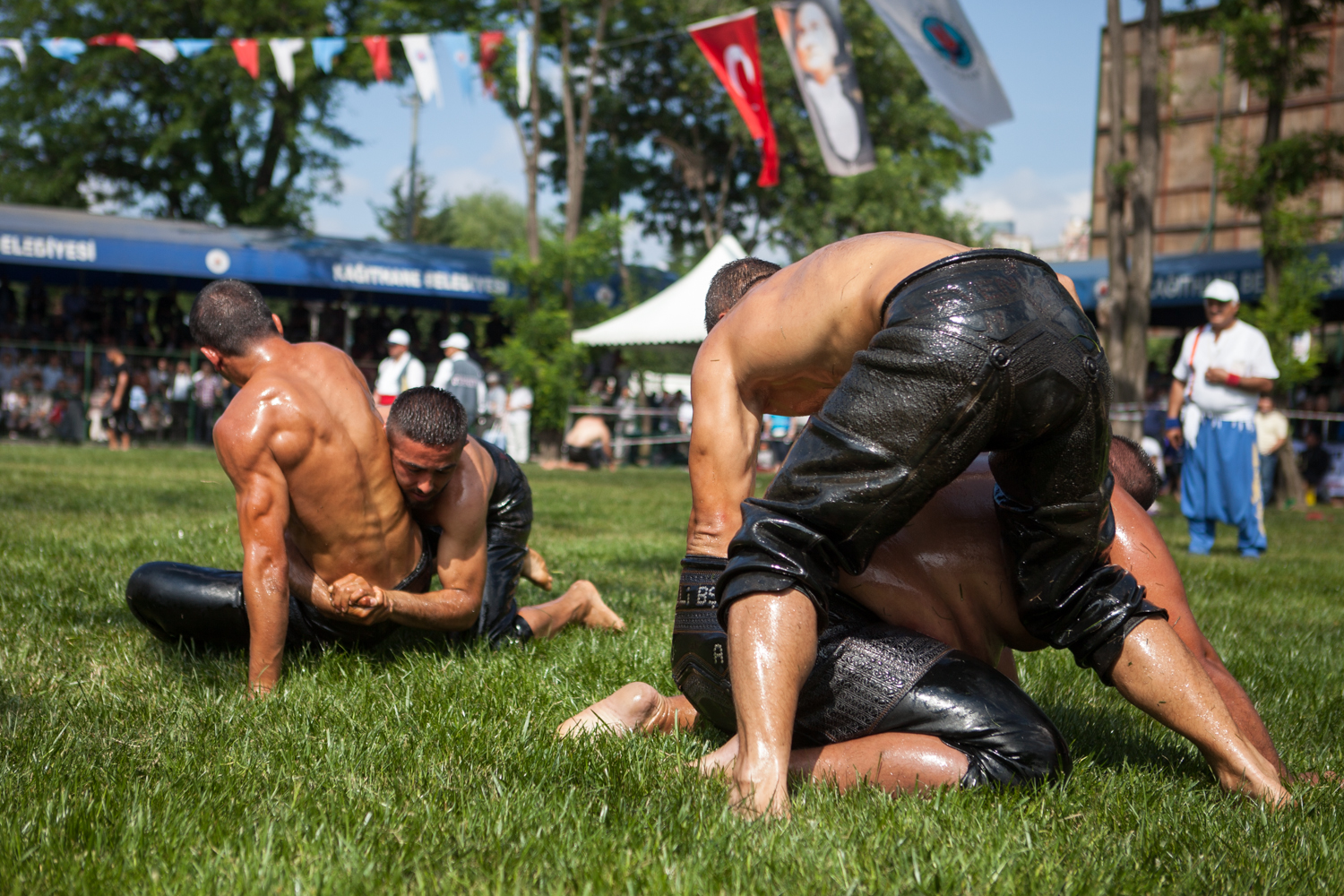 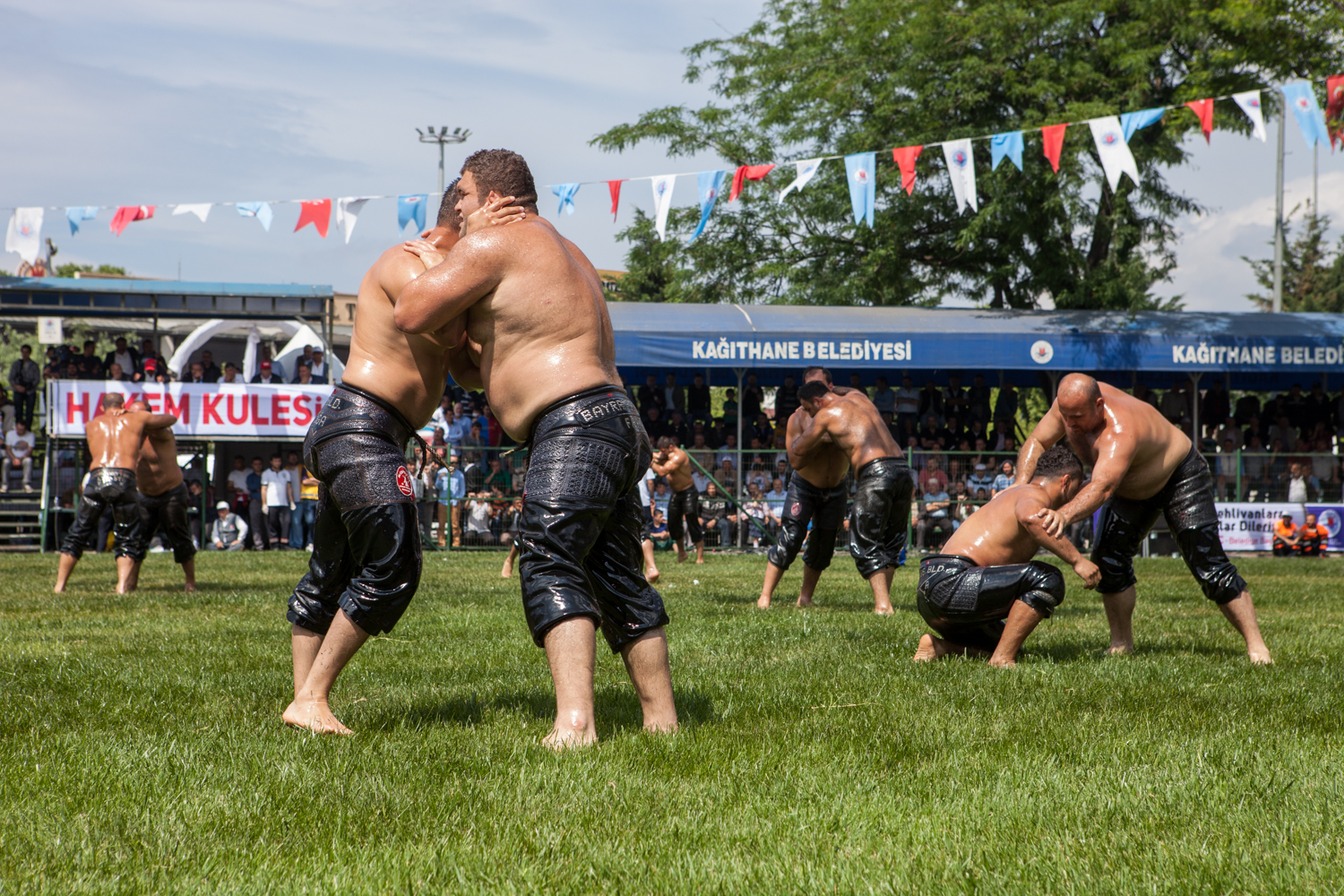 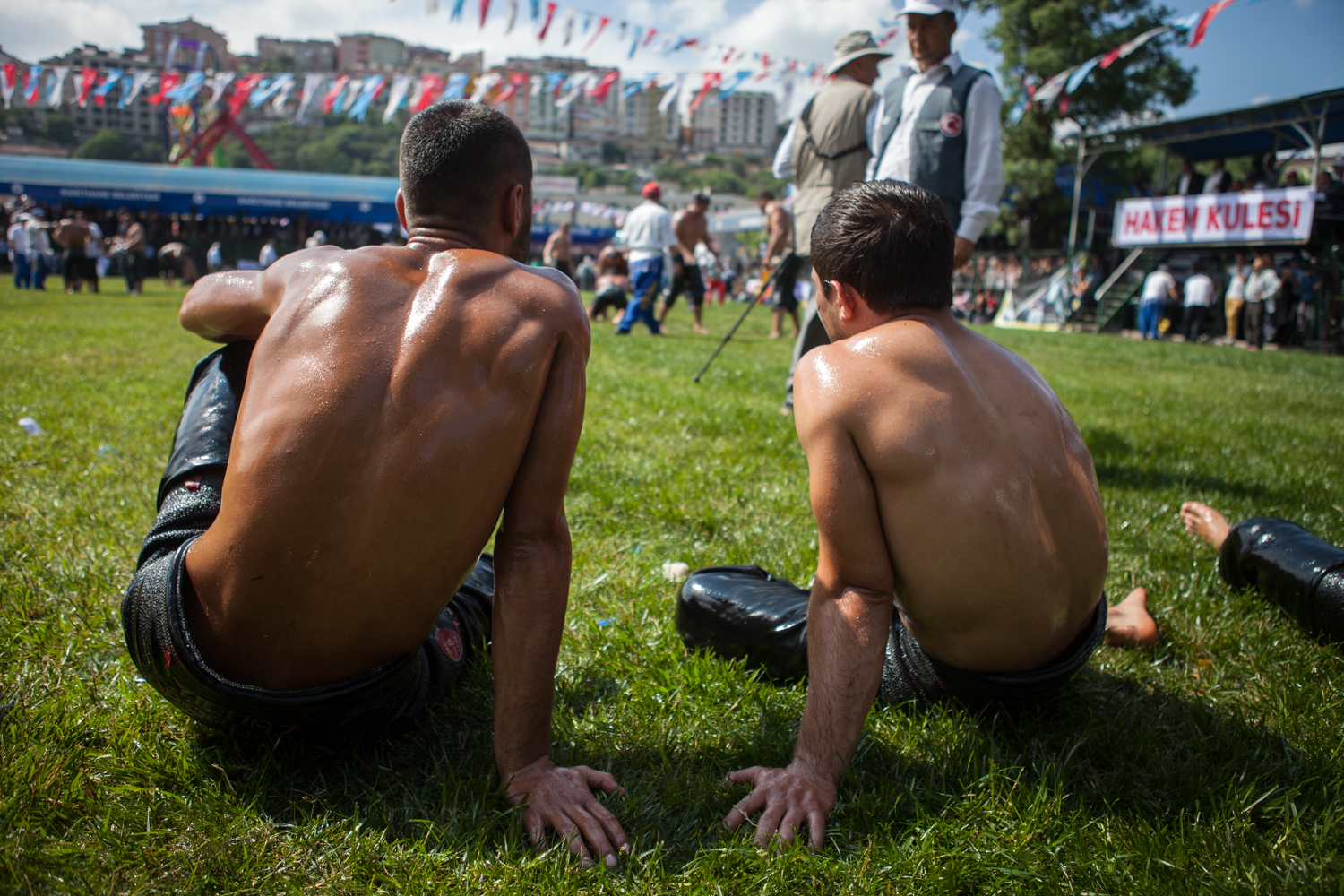 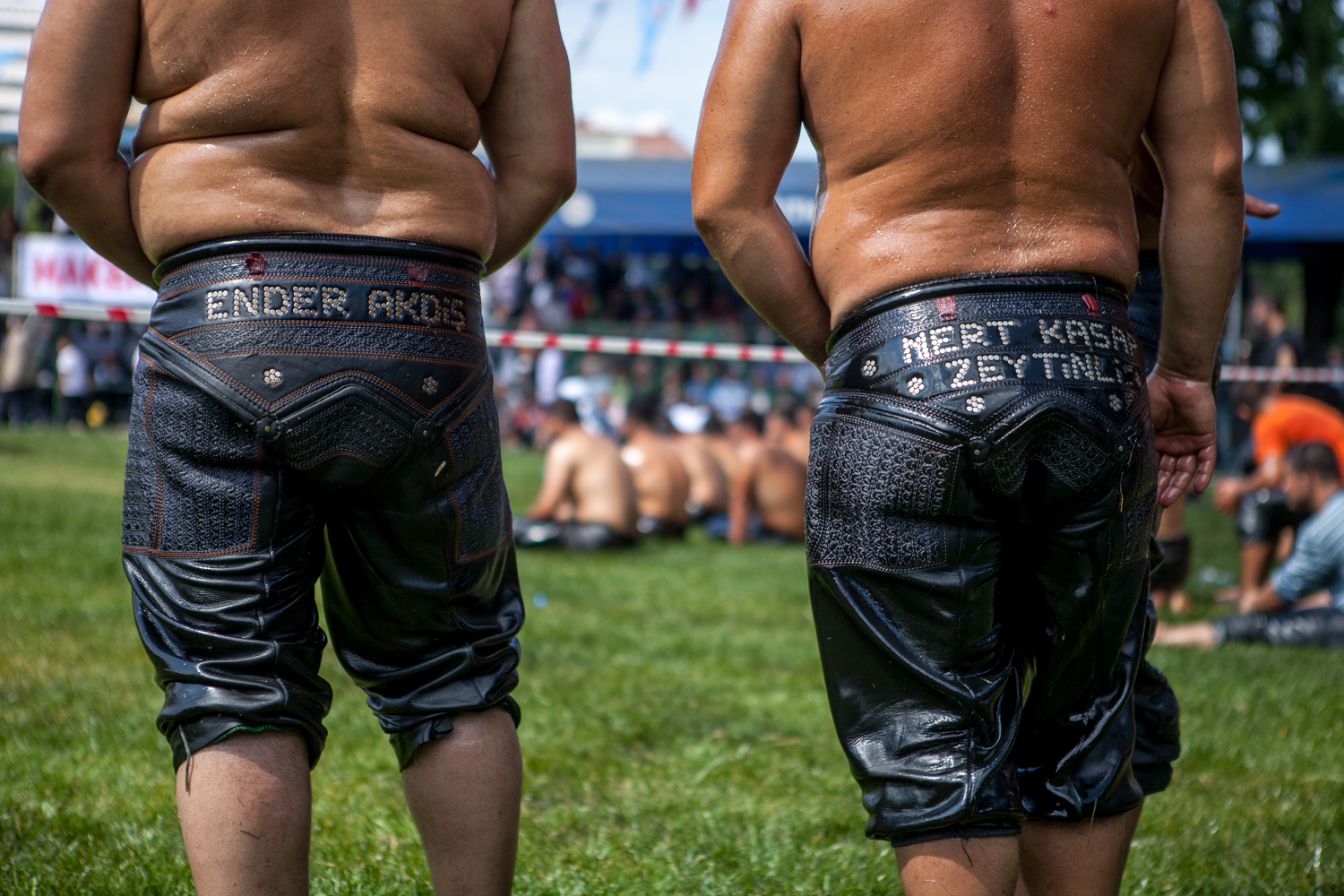 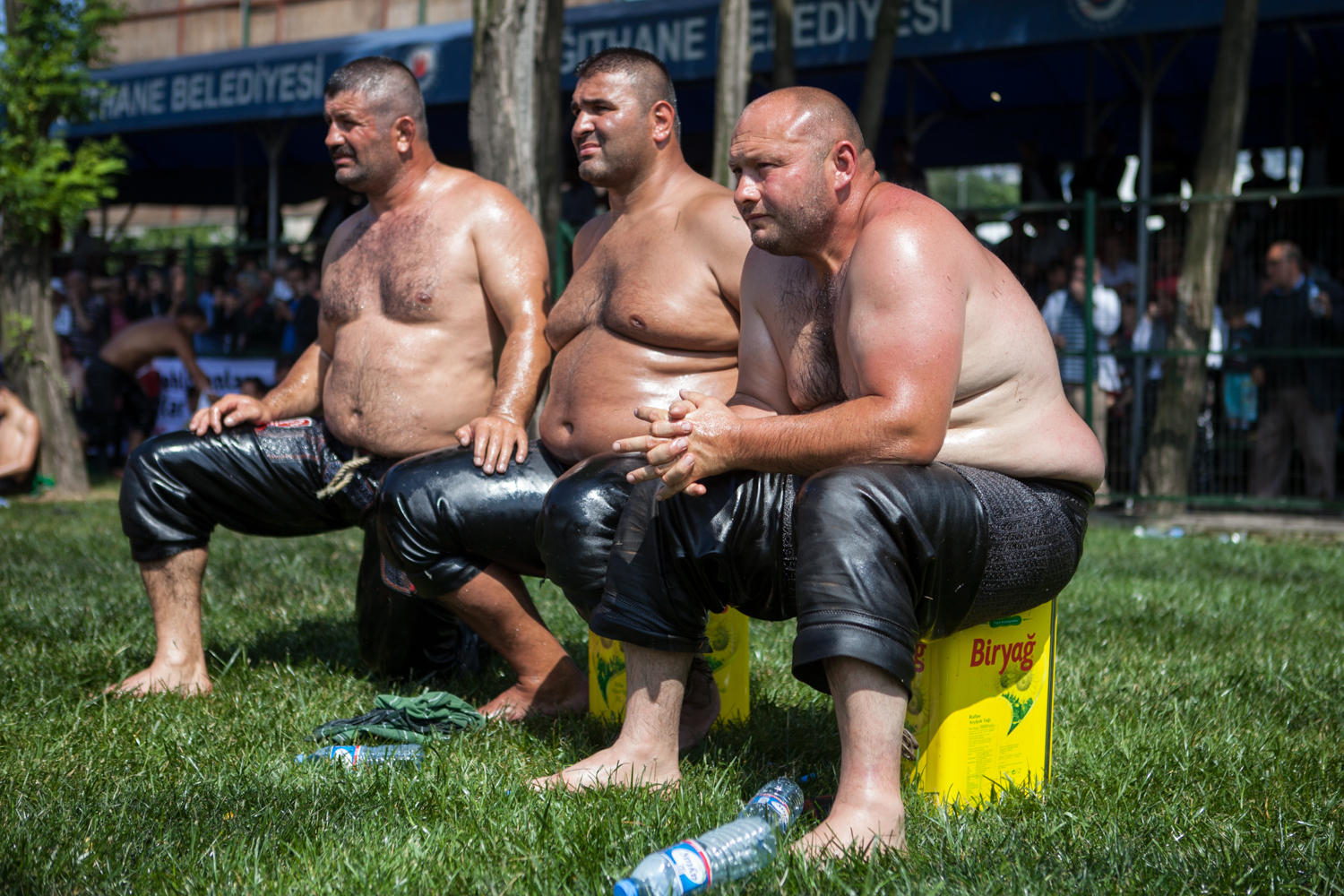 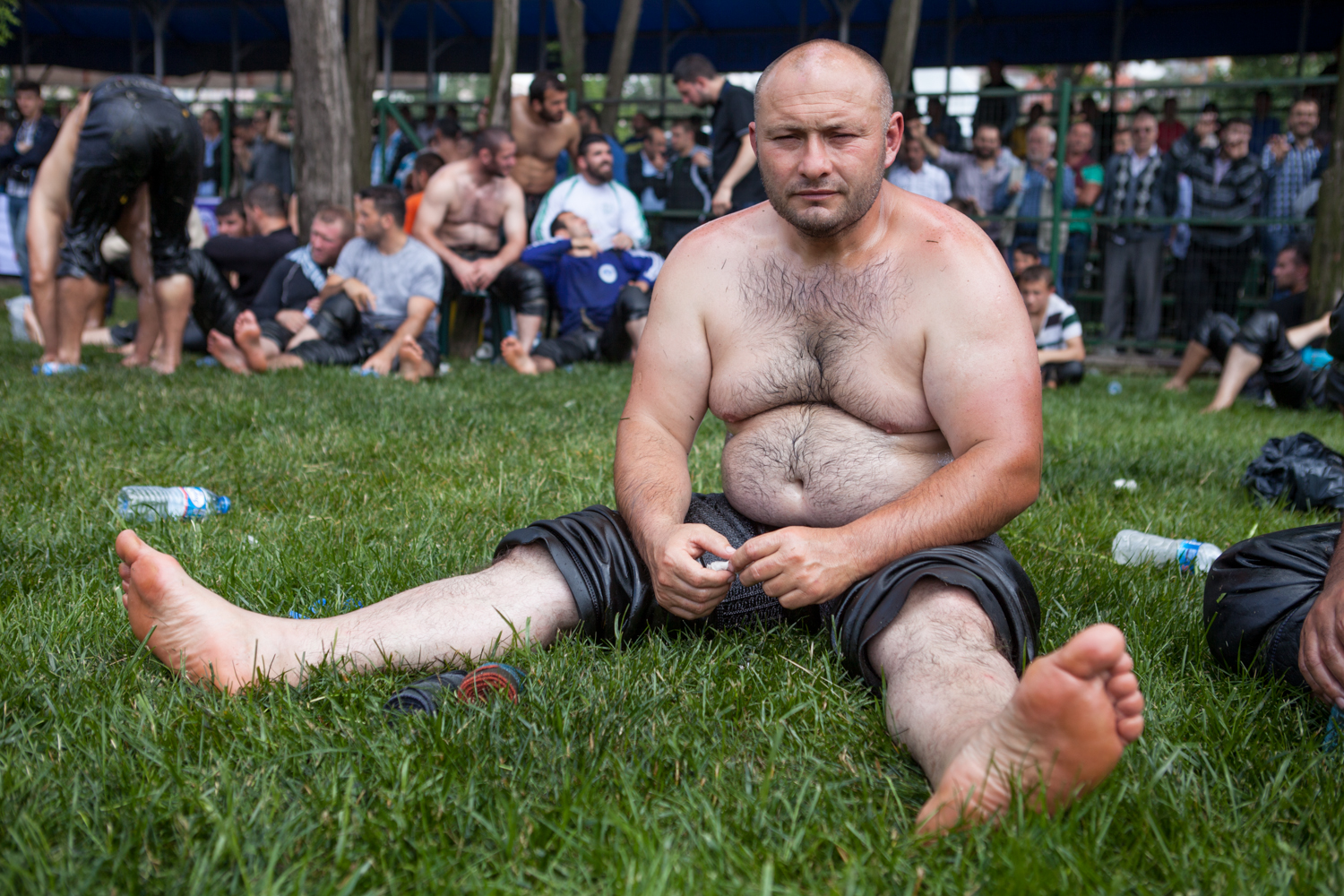 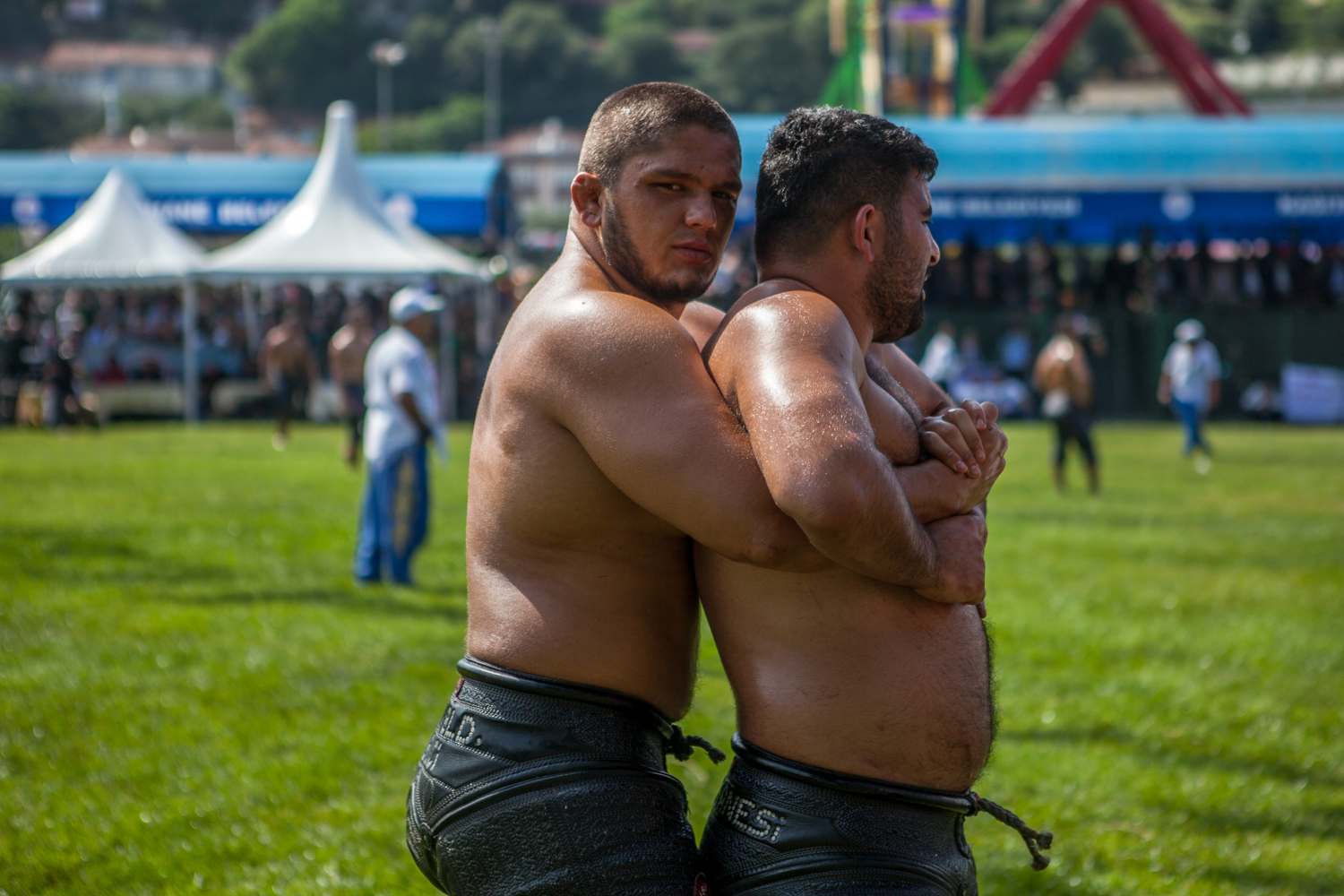 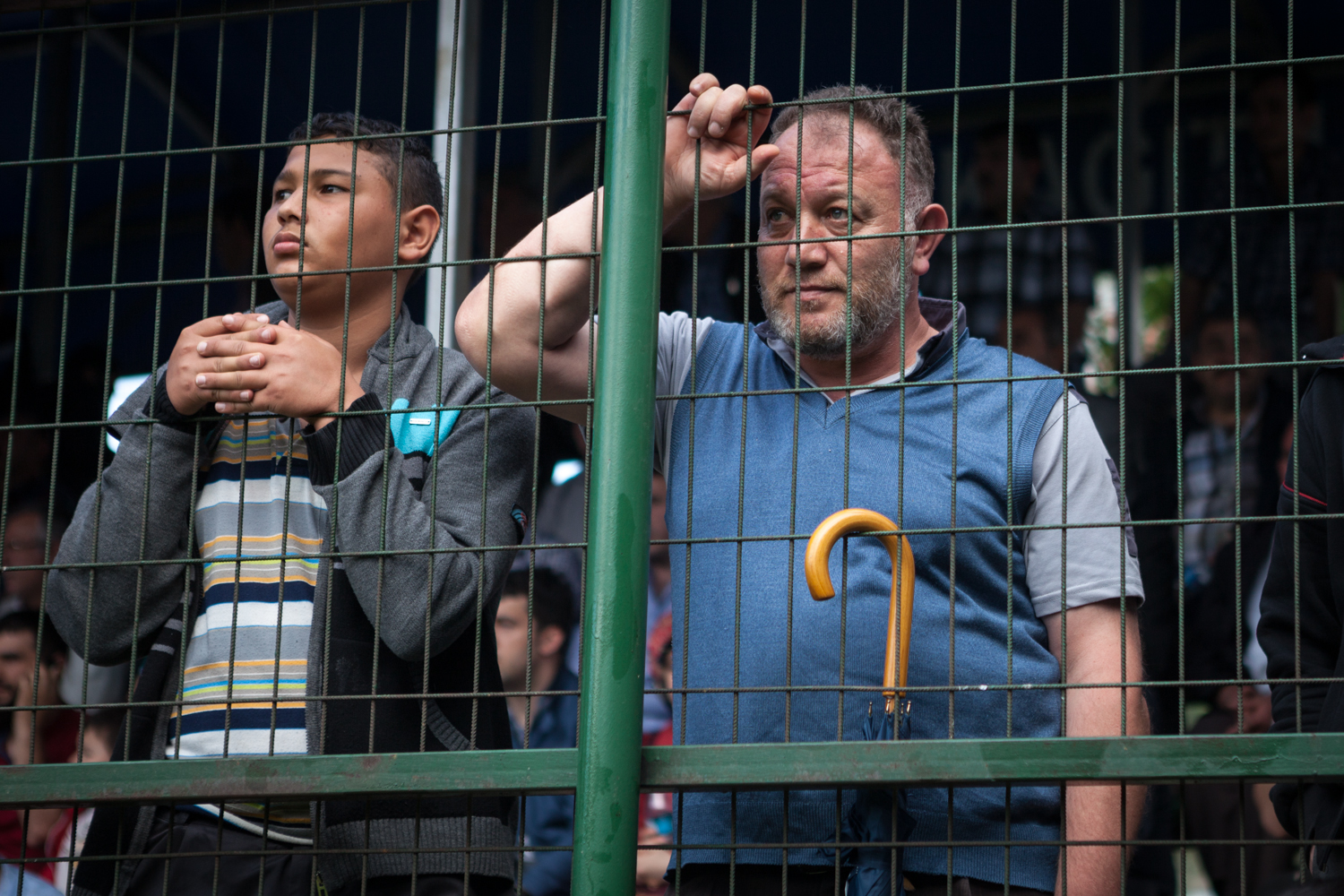 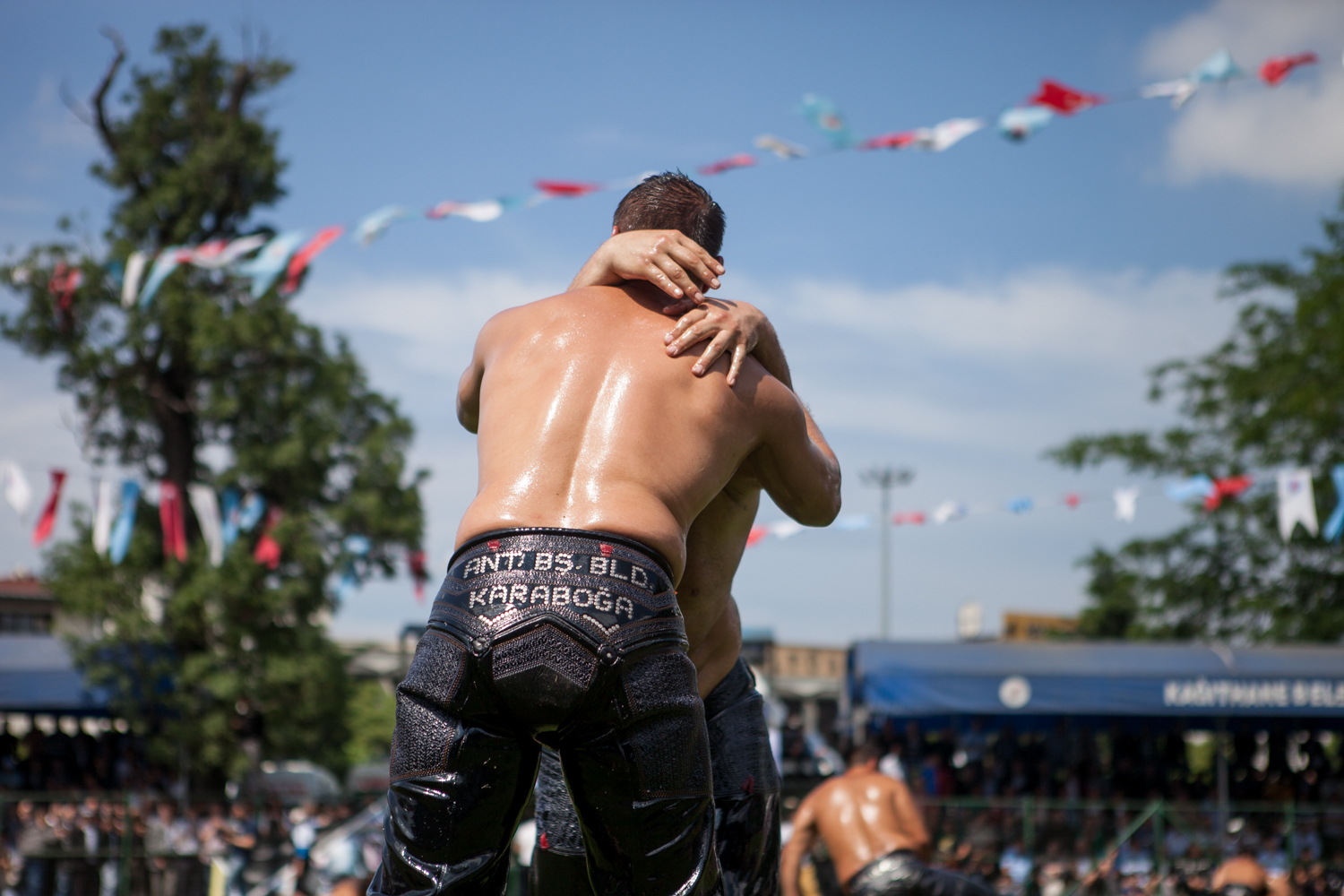 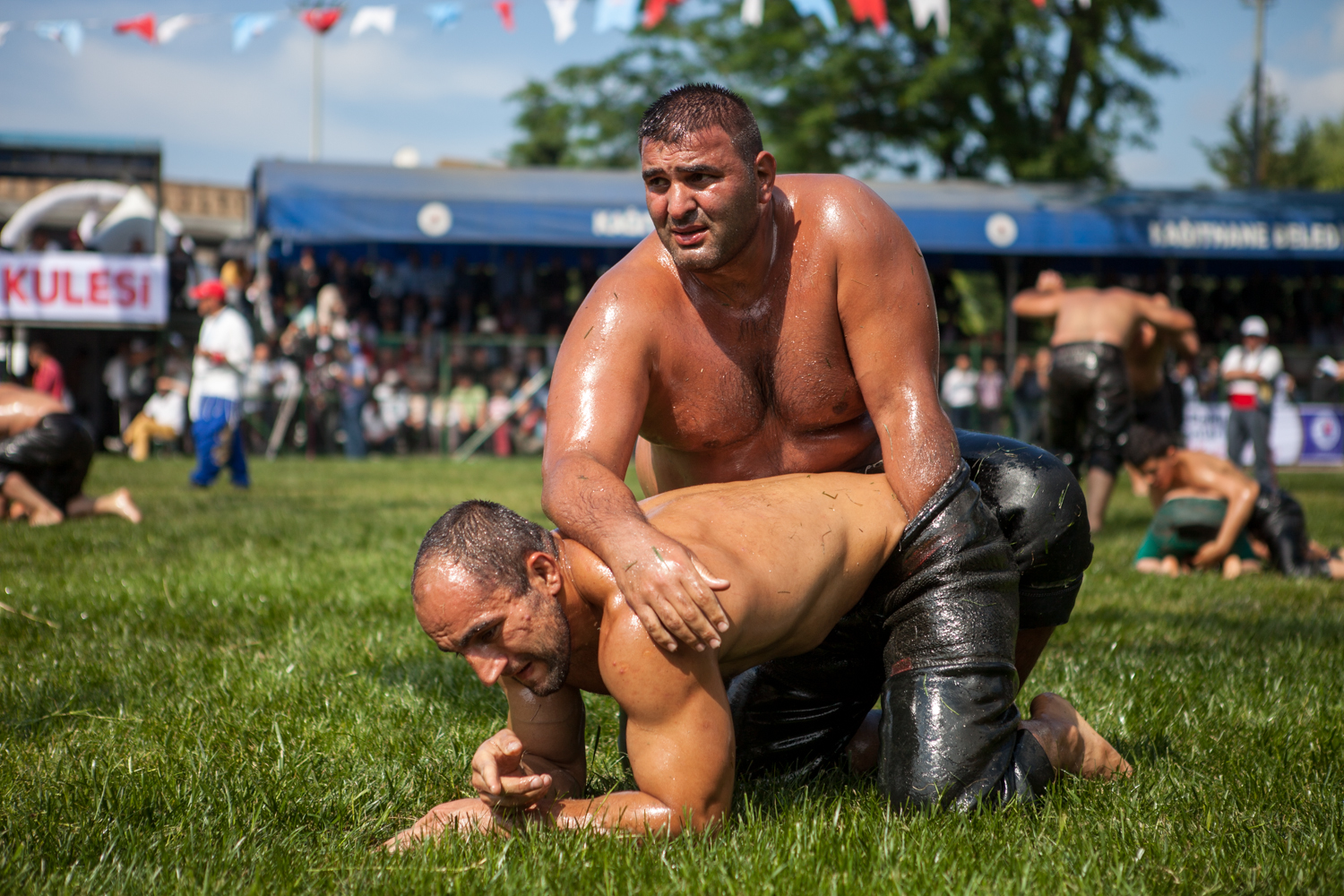 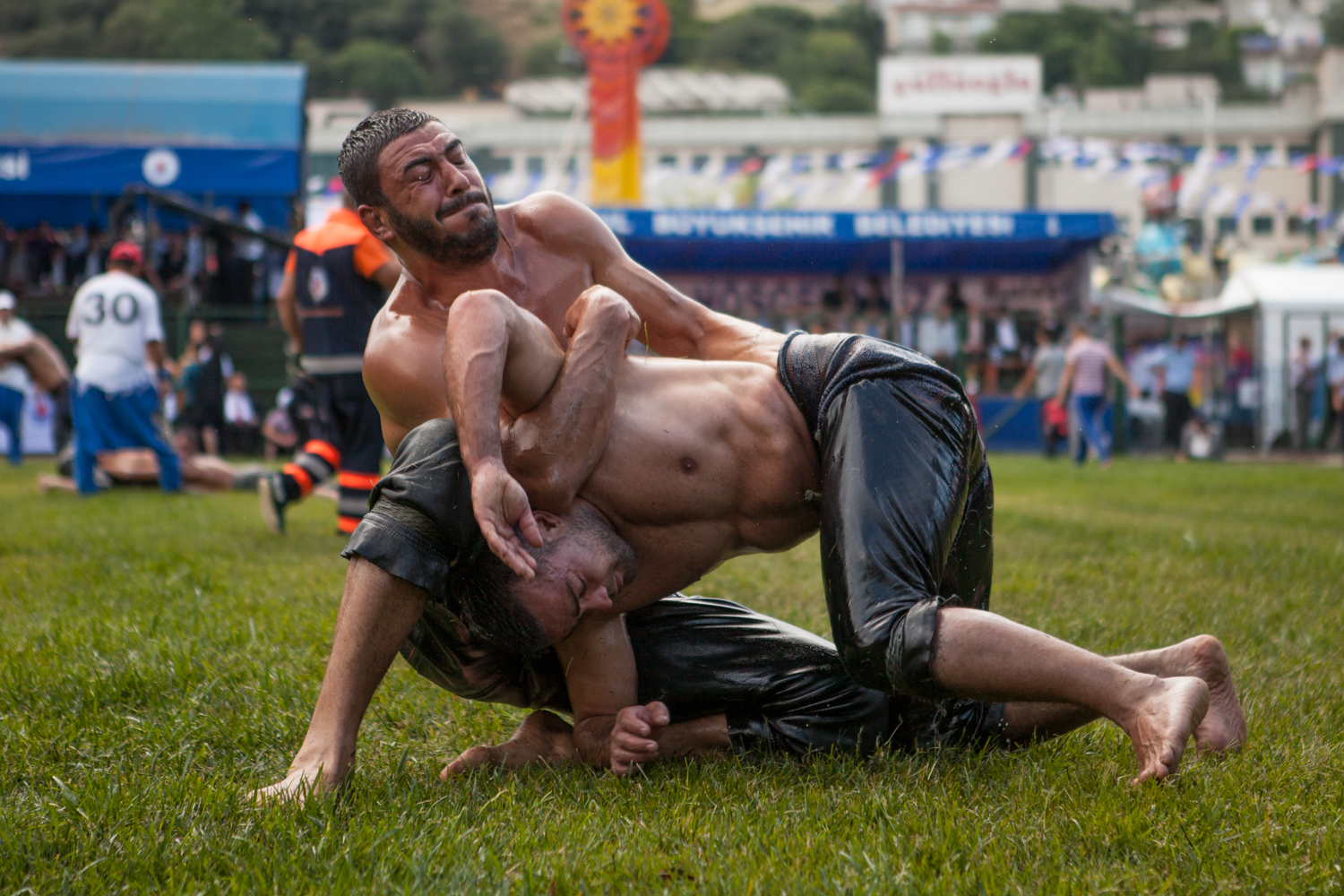 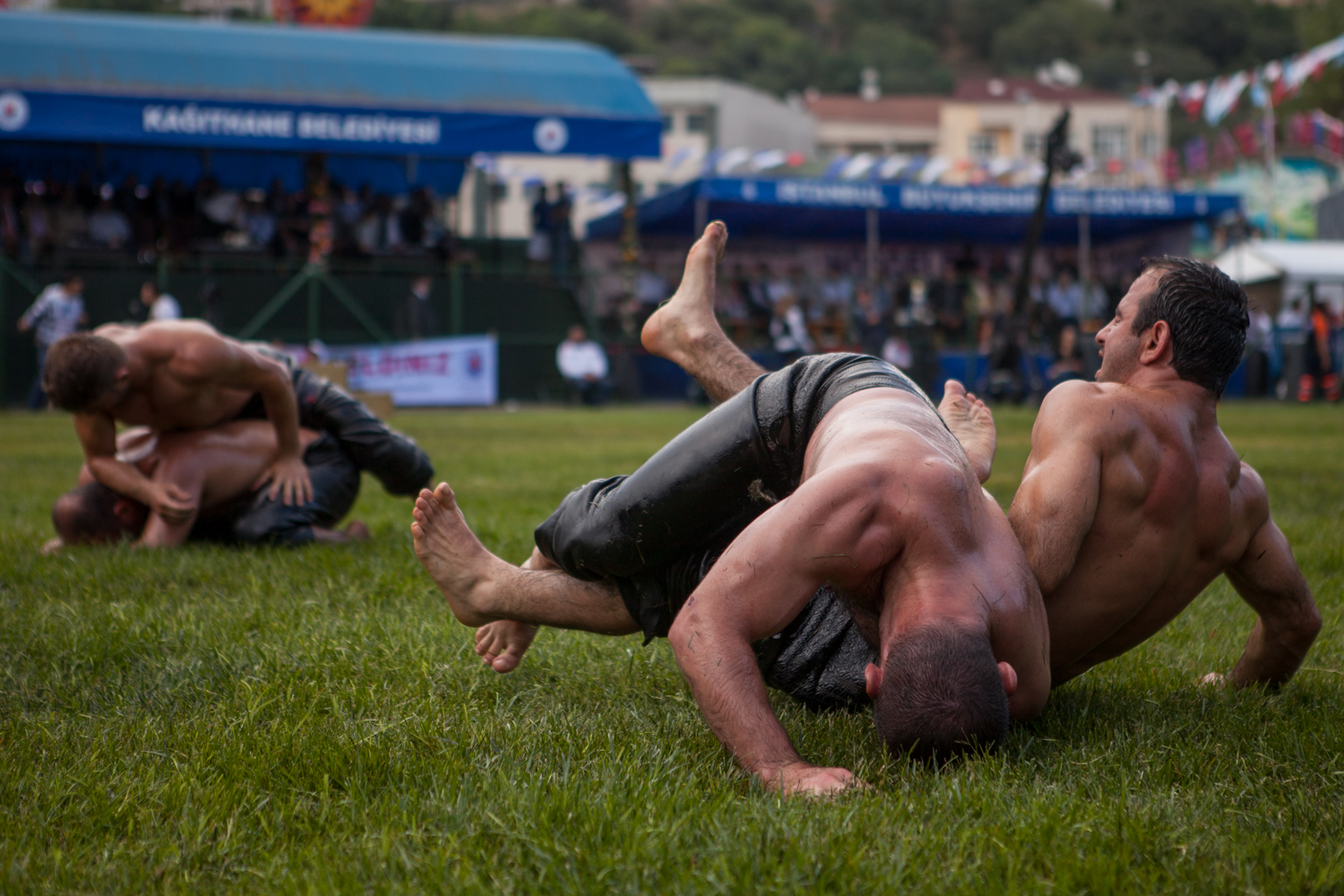 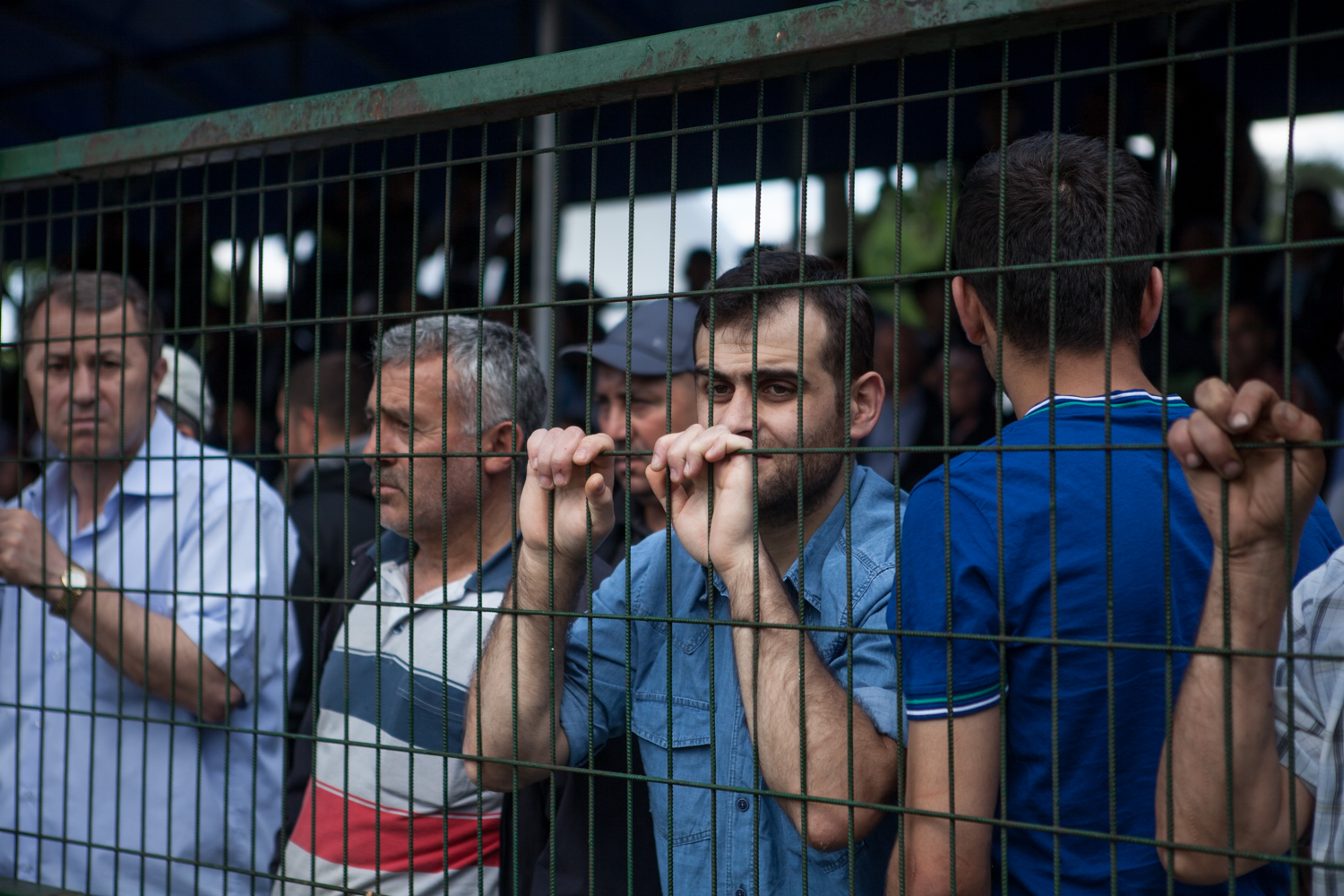 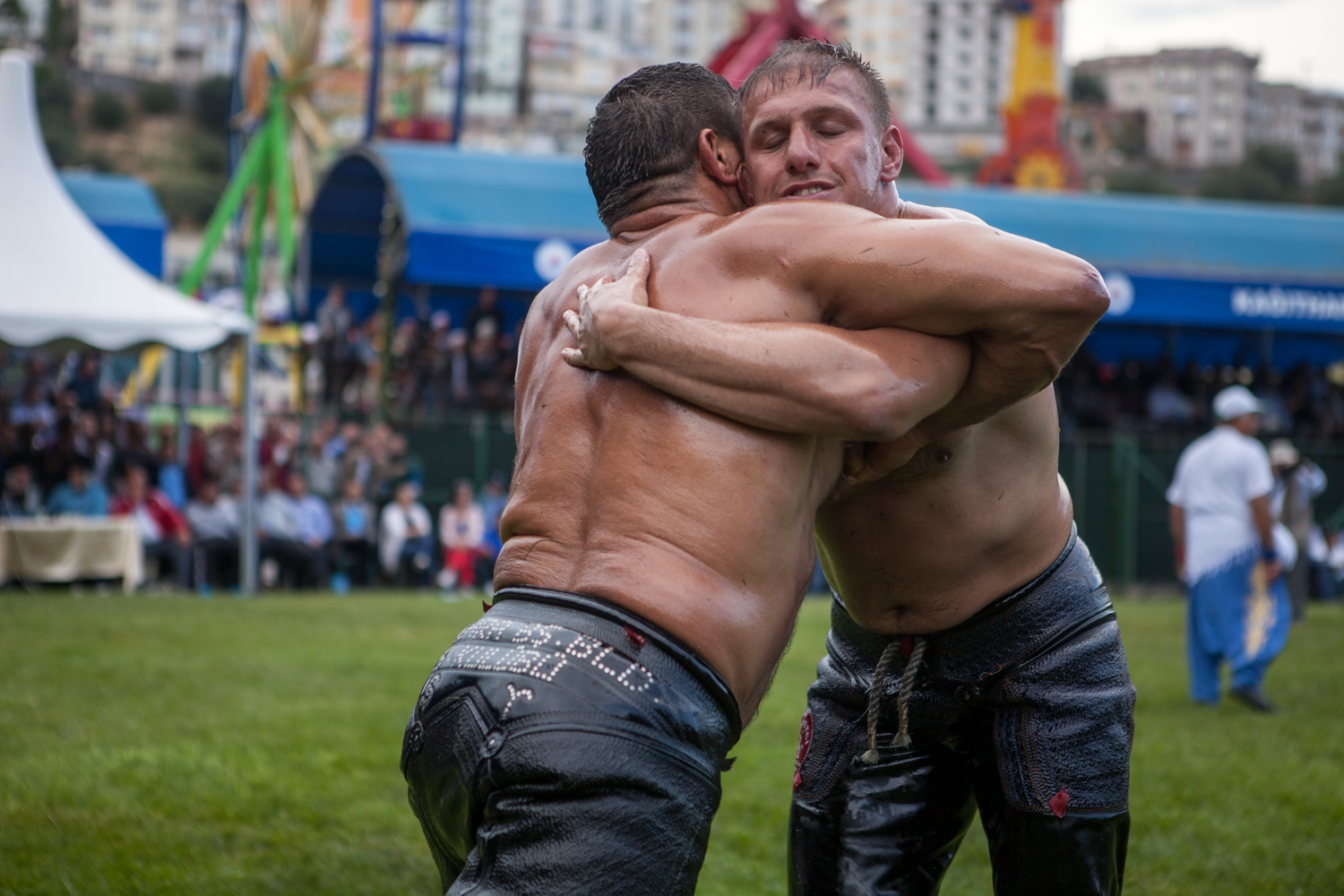 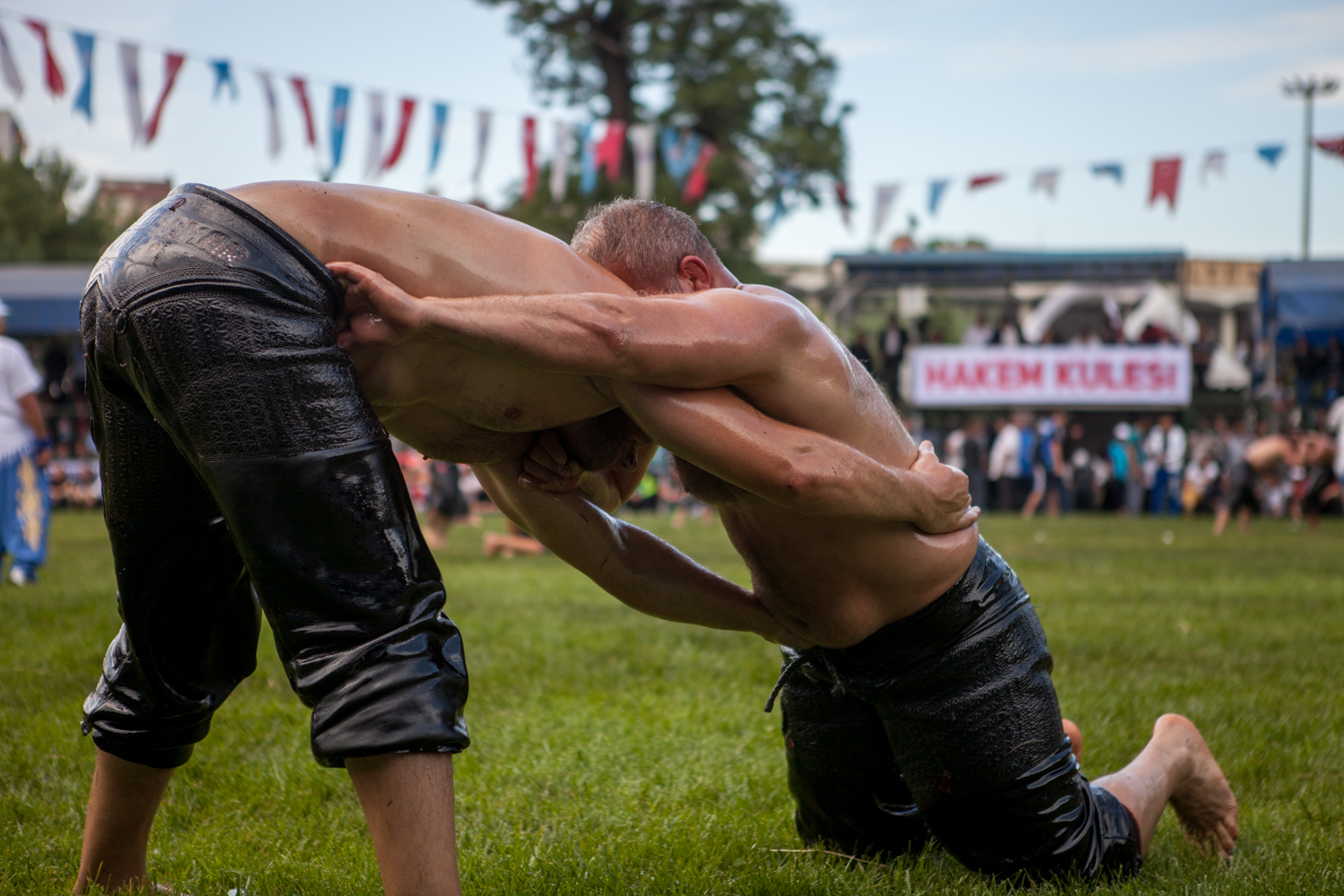 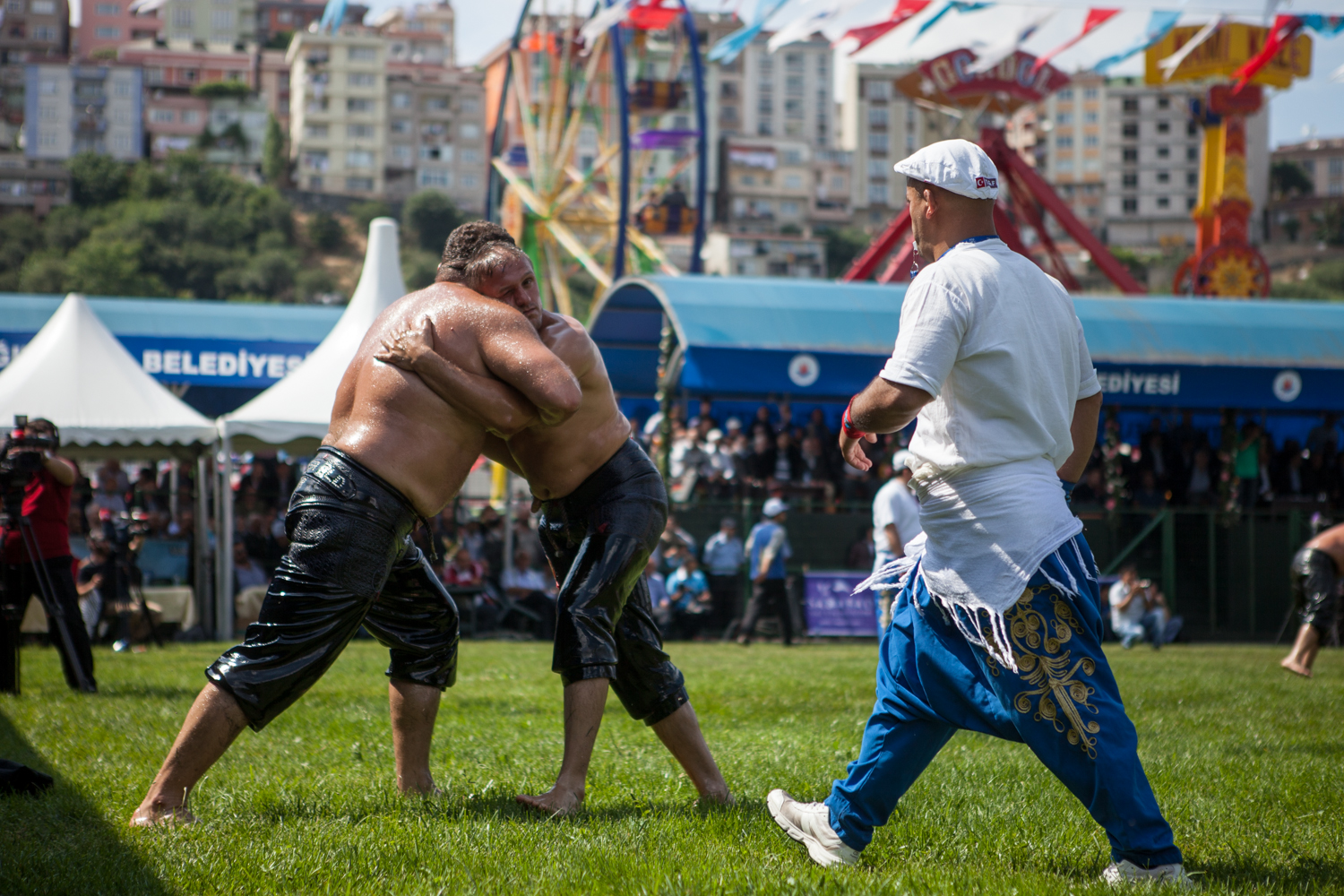 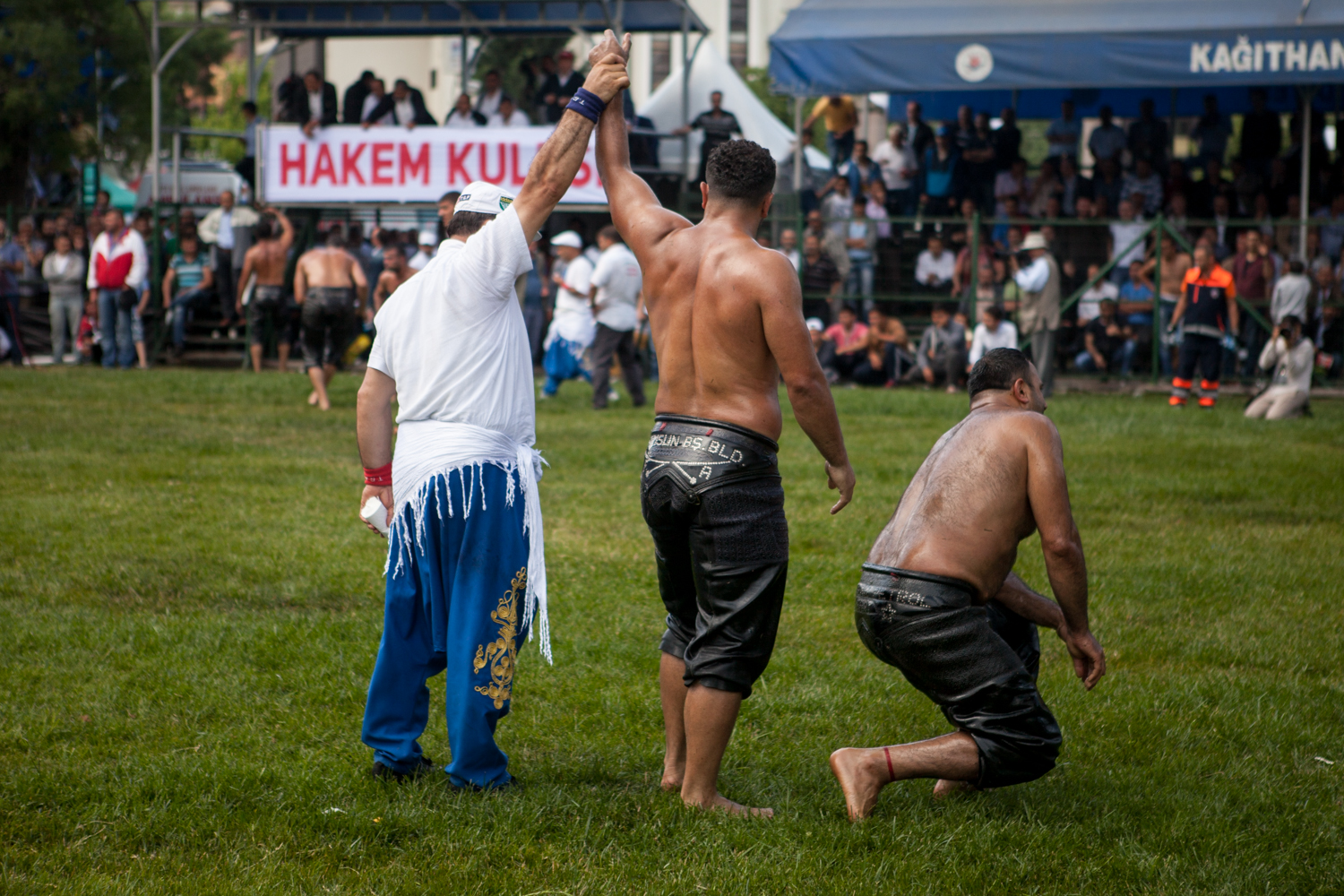